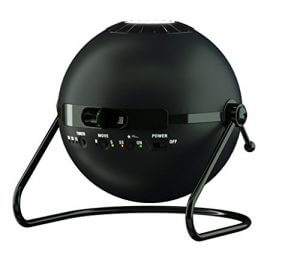 To present you the home planetarium test as authentic as possible, I give my impressions and experiences for each device in detail in a test report. In the following, I’ll make it the Homestar Original / Star Theatre by Sega, my former 1st place in the home planetarium best list, and currently second place.

To give you a quick overview, I will introduce you to the scope of delivery, describe the commissioning, rated functionality, and quality of the planetarium, and say something about the price-performance ratio. Furthermore, I have compiled a list of the advantages and disadvantages of the Homestar original. 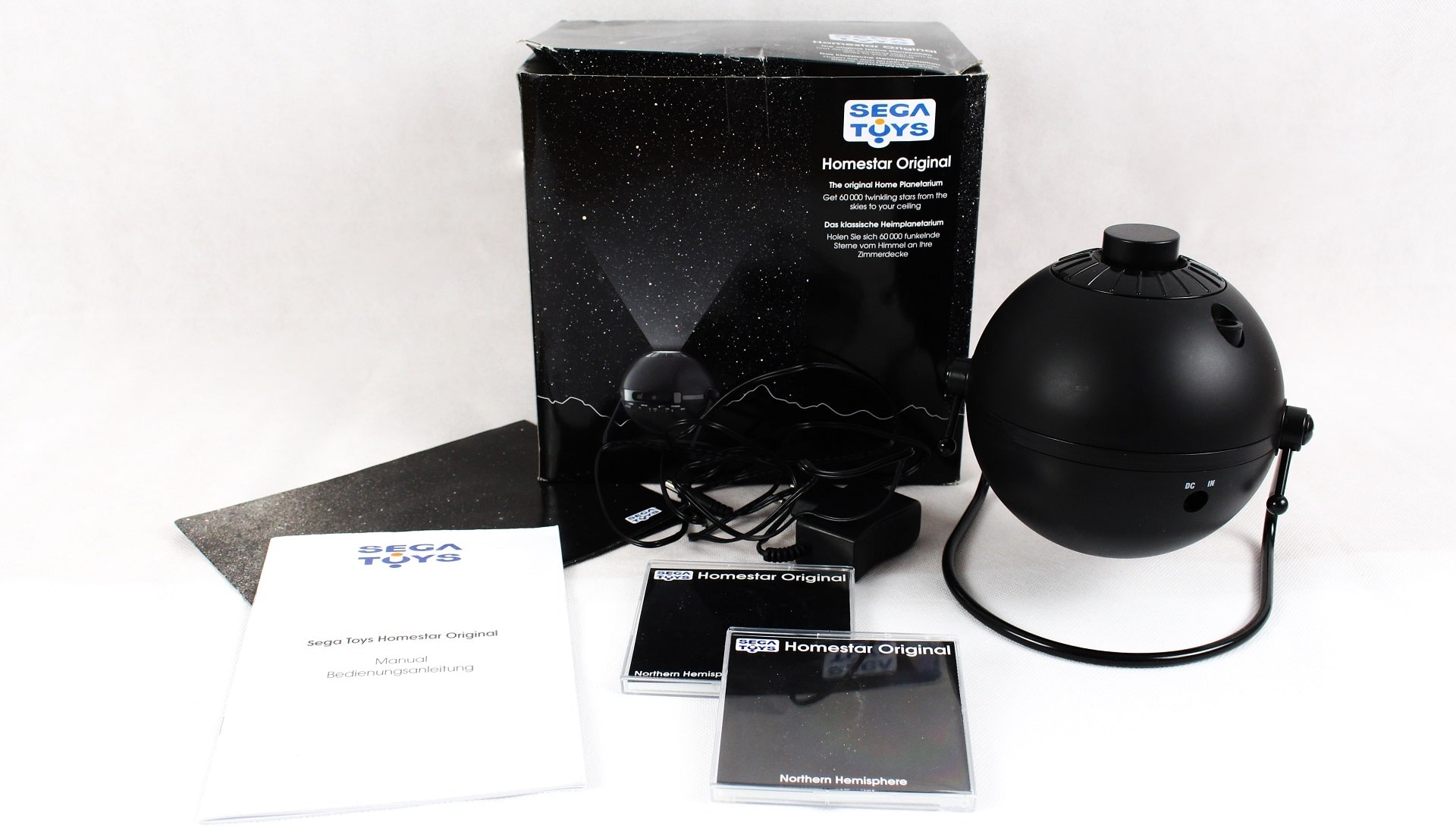 The Homestar Original Star Theatre from Sega Toys comes with everything you need to use your home planetarium. In addition to the device, a power supply unit, two star discs, a manual, and a poster are included in the box.

Since the device is operated exclusively with a mains adapter, no additional tools or batteries are required to start using it. The two star discs show the starry sky with and without star images. 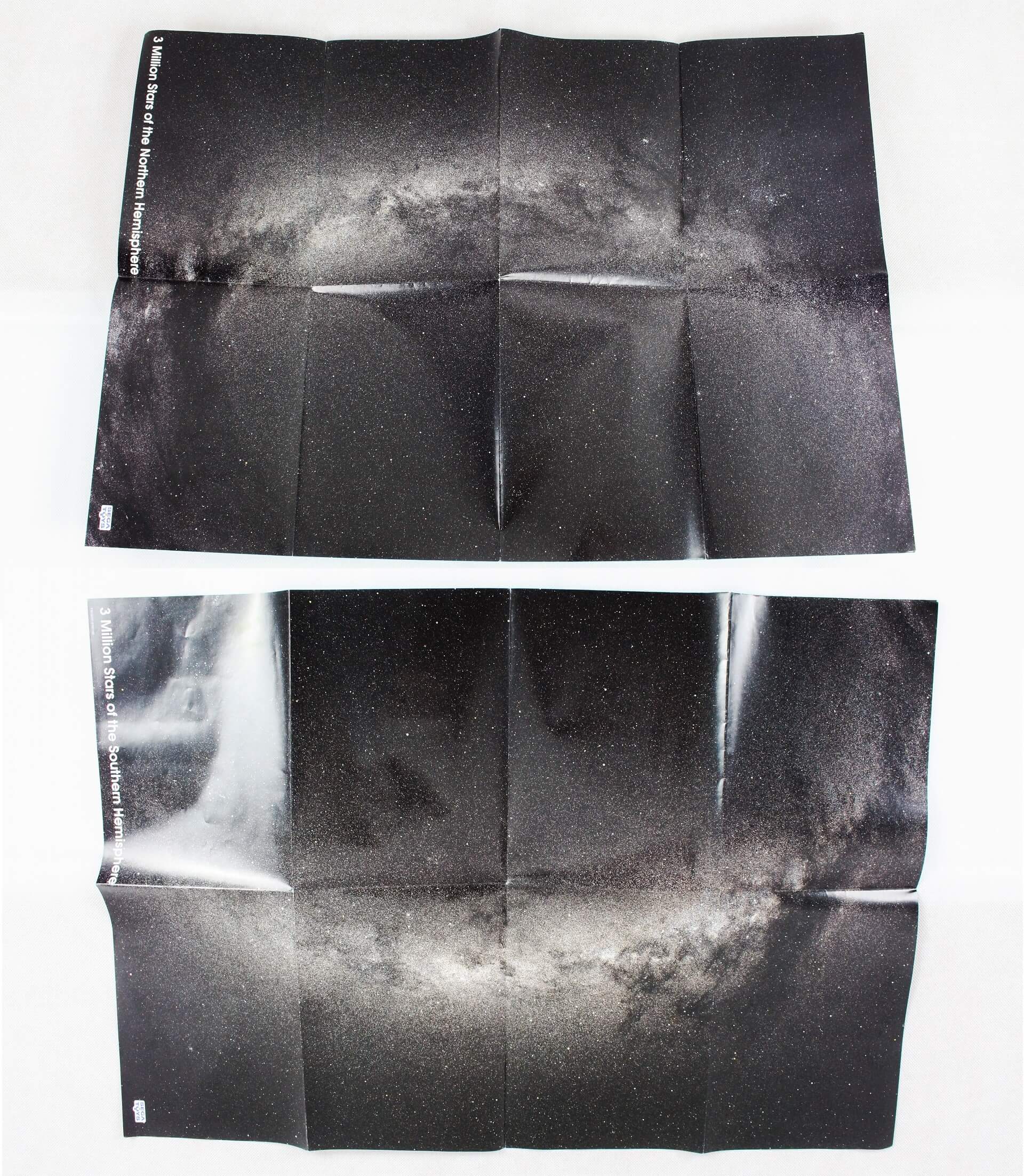 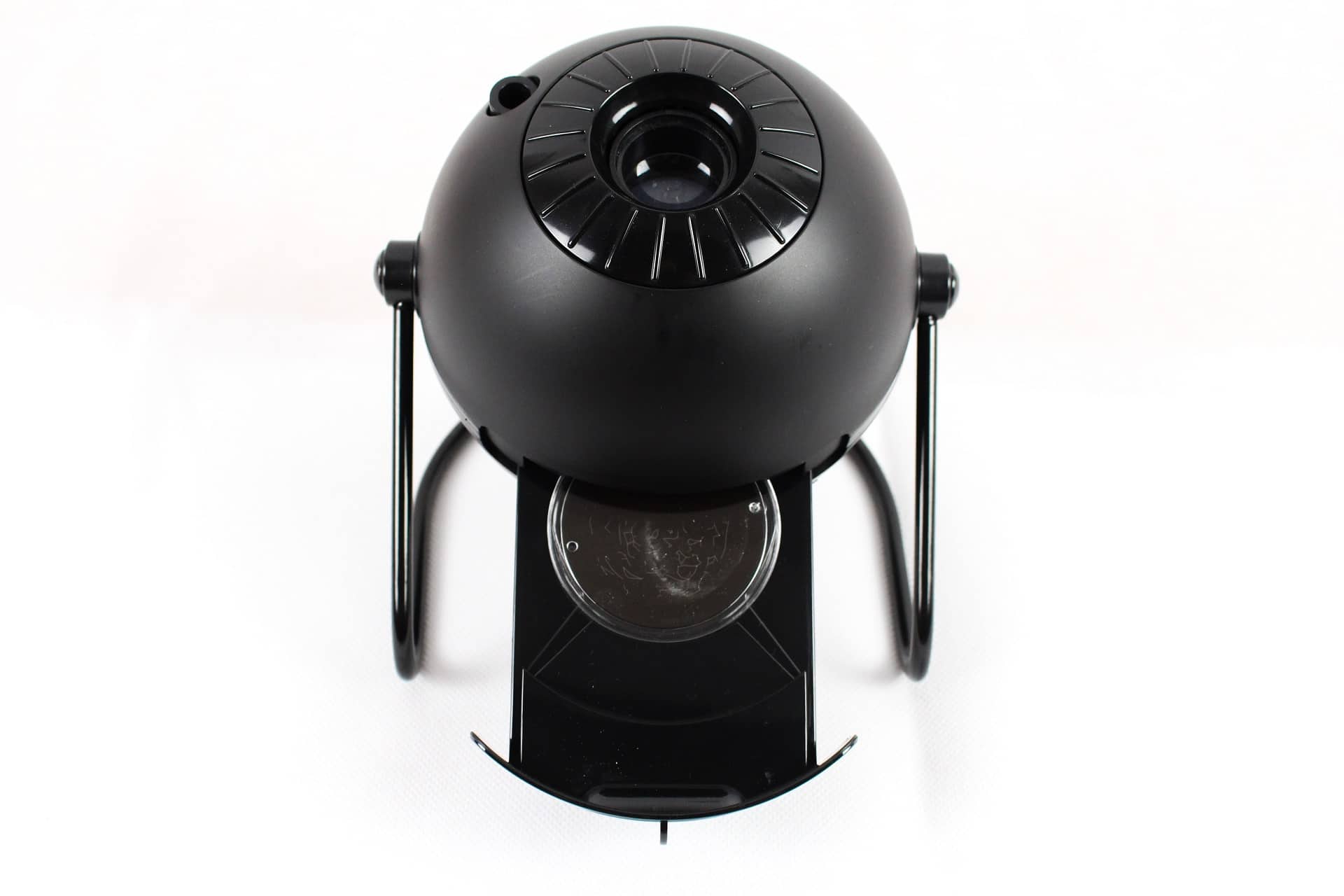 When I first used the indoor planetarium, it only took a few minutes before I could see the starry sky on my ceiling. For commissioning, remove the protective cap on the upper side, connect the device to the power supply with the power supply unit, and insert one of the star discs.

To insert the discs, pull out a flap on the front. There is an opening for the star disks. After inserting it, you have to insert the flap, and you can start the device by pressing the corresponding button. Finally, one has to adjust the sharpness of the wheel around the lens to get a good picture.

The Homestar Original / Star Theatre home planetarium from Sega Toys almost exclusively has something good to say about its functions and functionality: With the help of a timer, you can set whether the device should switch itself off after 15, 30, or 60. Therefore it can also be used as a sleeping light.

Furthermore, it can be activated that a snubbing star appears in the rhythm of a few seconds always again at the same place of the projection. Automatic rotation of the sky is also possible. However, the device does not indicate whether it is rotating to the right or left, but whether it is rotating to North or South. Unfortunately, the noises of the engines are not quite quiet during the rotation.

Orange and green lights indicate which functions are activated. With the help of this display, you can also operate the planetarium well in the dark. All you have to do is know where the buttons are.

With each of the supplied star discs, 60,000 stars can be projected once. That is much more than with the competition (only about 8,000). Besides, I find the representation of the starry sky very realistic. In this respect, the device is far ahead of the competition. Only the Homestar Flux was able to deliver an even better result in this respect.

According to the manufacturer, a distance from 4.9 ft to 7.5 ft to the wall is recommended. I can confirm that. The focus is adjusted by the frame around the lens and works best with this distance to the ceiling. Depending on the distance, the projection has a diameter of about 8.2 ft to 9.8 ft. Unfortunately, the star images are not labeled. There is still some room for improvement here. 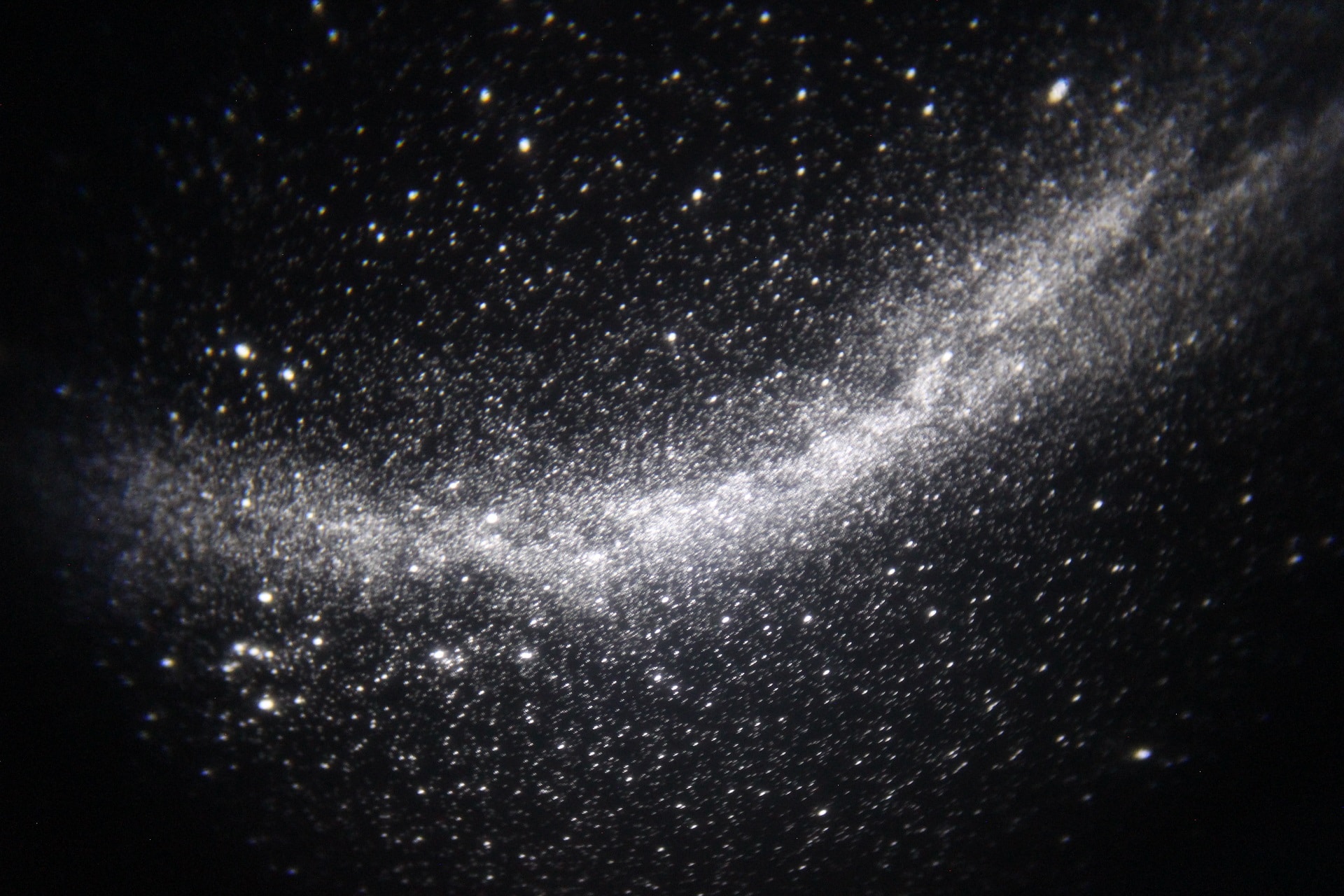 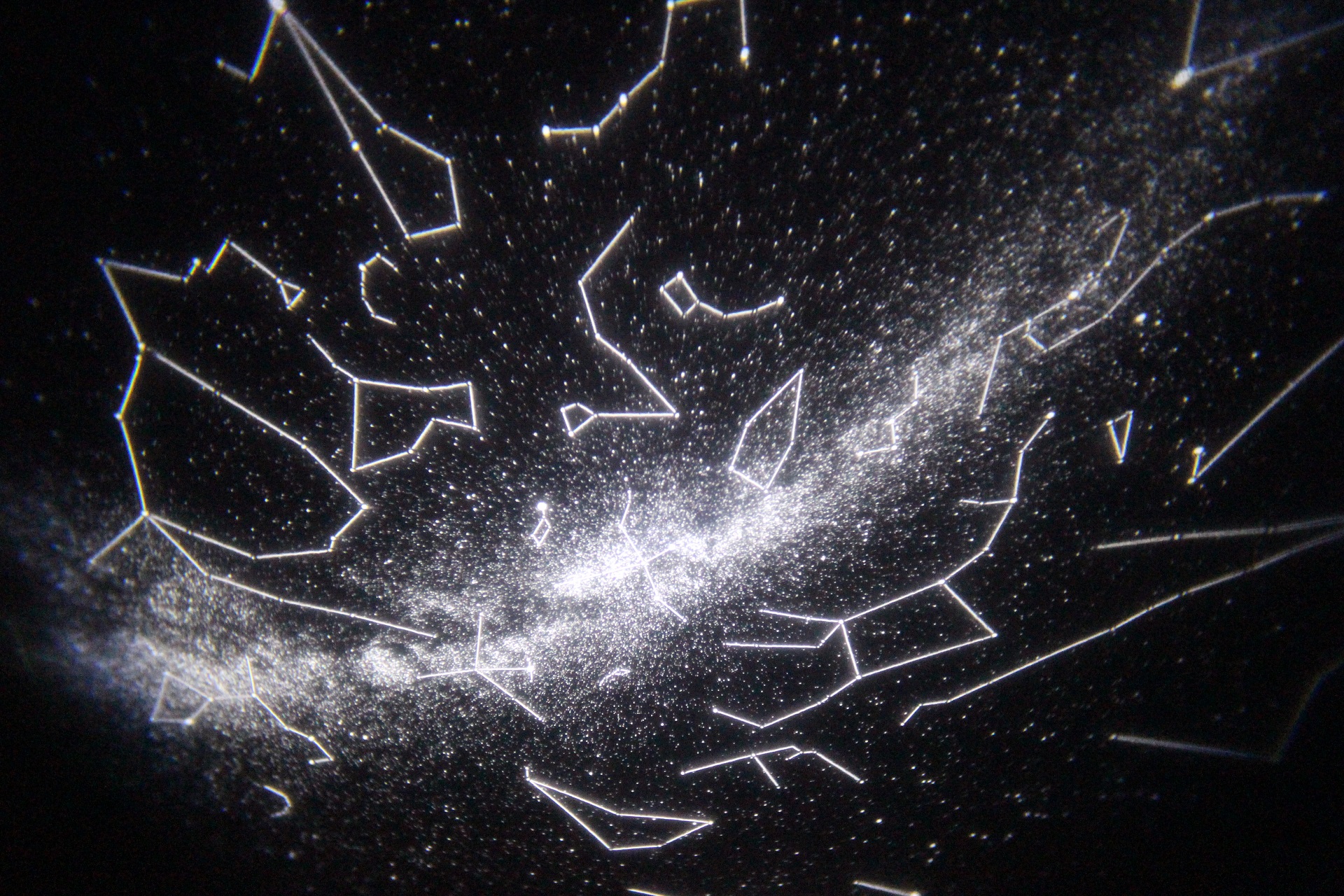 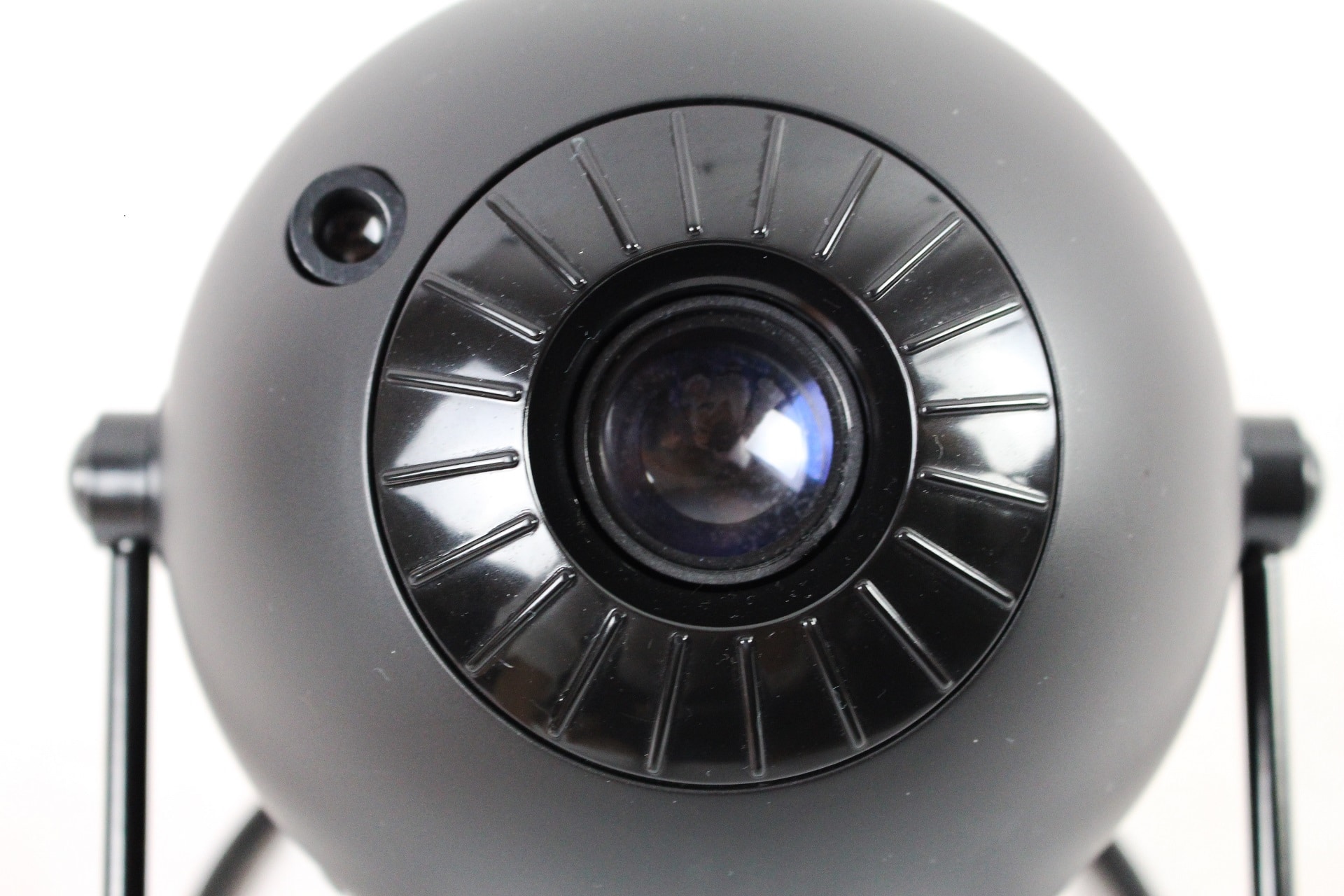 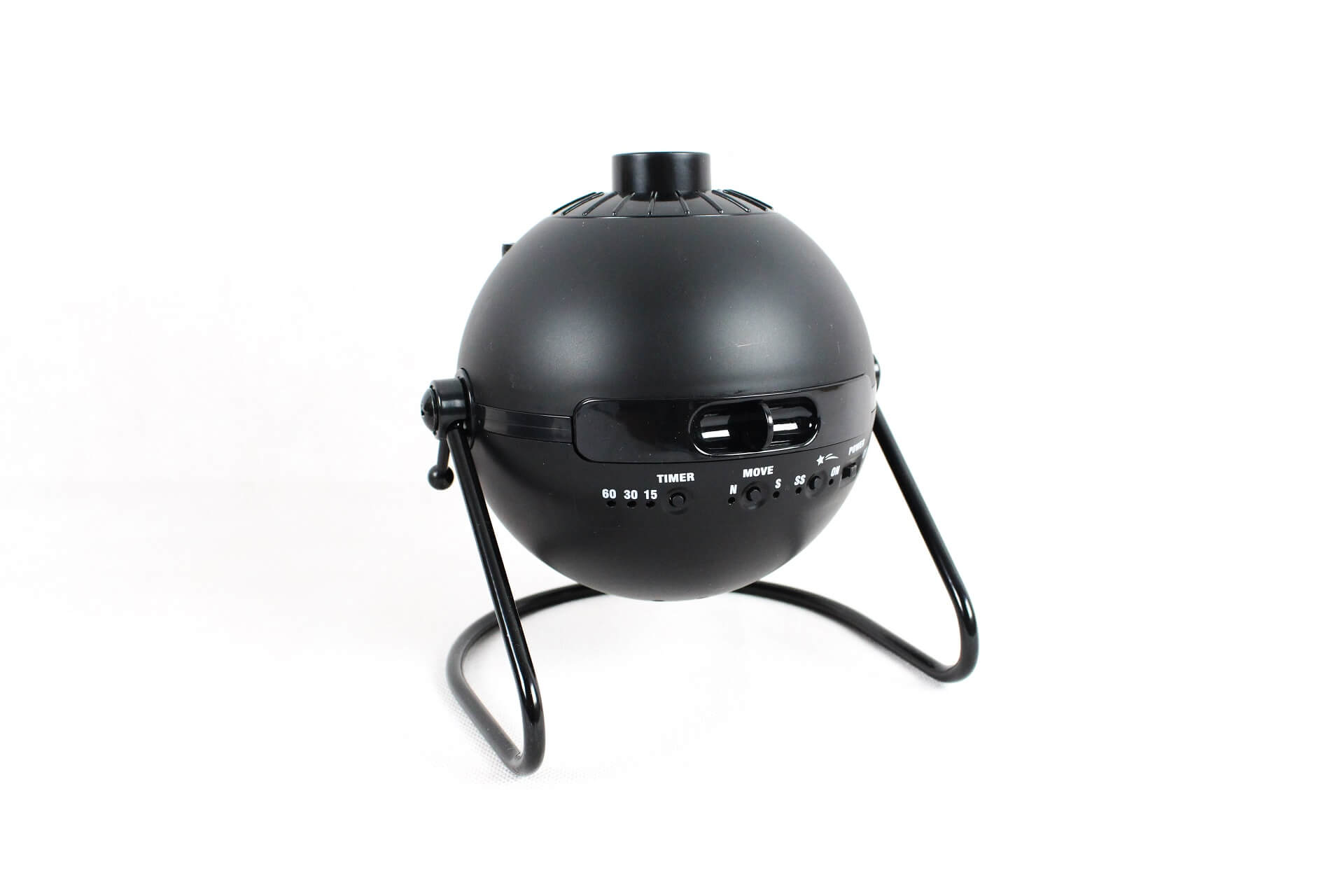 Not only the multitude of features is decisive, but also the quality of them. In this case, the “Homestar Original” was able to collect further points. It throws a clear, large picture to the ceiling, makes comparatively little noise, and has a bright, 3 Watt strong LED light. Moreover, the use of an LED produces very little heat.

Furthermore, the materials have been cleanly combined and therefore have a high-quality finish, which is why the planetarium stands securely. A protective flap on the lens protects it from dust.

Sega Toys is very easy to reach. There are an e-mail address and a phone number. I have already had experience with the service. At that time, I got a fast response that could solve my problem.

Beyond the legal right of return for an online order, the manufacturer offers a warranty. The guarantee period is 2 years, which is fine. I had no problems with the device after almost 3 years.

Especially if the money is not quite so loose, of course, the price-performance ratio should be right, so that you do not throw the money out of the window. But the planetarium can also score in this area. Sega Toys’ Star Theatre costs a lot if it comes to similar devices. Still, in my opinion, it delivers a very realistic representation of the starry sky and one of the best qualities. In the area of home planetariums, too, the saying “If you buy cheap, you buy twice” applies, as is so often the case.

The Heimplanetarium Homestar Original / Star Theatre by Sega Toys was deservedly the best home planetarium before the release of the Homestar Flux. However, with its price, it is a little more expensive than most other home planetariums I have listed on my site.

It simply offers the largest number of celestial bodies per disc, the second-best quality of projection and material, and at least 2 years warranty. I, therefore, recommend: If you want to buy a home planetarium, but don’t have enough money for the Flux, you can make do with this model for the time being.

Is it also possible to project the stars onto a white wall?

As long as there is absolute darkness in the room, the stars can be thrown on any surface, no matter if it is white, black, or colored. I had the best experience with a white background.

What is about this home planetarium with a warranty?

The Homestar Original comes with a standard warranty of two years.

Can the timer also be set to a particular time?

An individual timer setting is not possible. You can activate an automatic switch-off after 15, 30, or 60 minutes.

In addition to the two included discs, it is possible to buy two more double packs with other motifs. Here I present these two to you once:

Disc Double Pack No. 1 for the Sega Toys Homestar Original

With the Disc Double Pack Number 1, the repertoire of projection cards can be expanded for around 27.99€ on Amazon (as of 26th February 2019). This set contains the southern hemisphere on the one hand and the distorted andromeda galaxy on the other hand, which can be used to “throw” great pictures on the wall or ceiling.

Disc Double Pack No. 2 for the Sega Toys Homestar Original