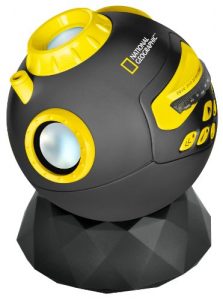 Why the National Geographic Astro Planetarium Multimedia landed in my test on Place 3, I would like to tell you in this test report. For this, I bought the device to examine it in an intensive examination.

In the following sections, I will explain to you, among other things, what is included in the delivery, how to put the room planetarium into operation, which functions it has and how it stands around the product quality. You will also learn how I would rate the price-performance ratio. 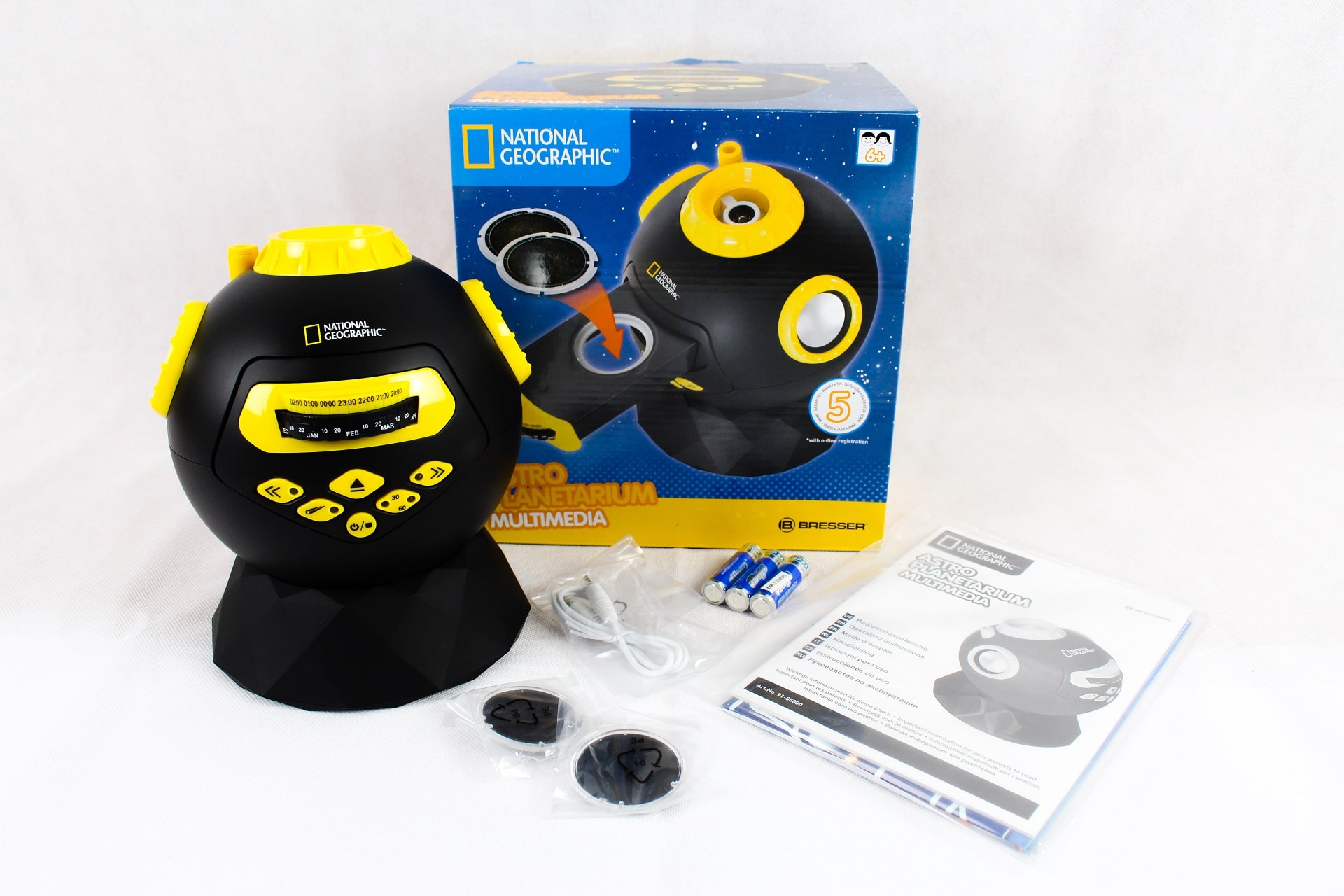 The National Geographic Astro Planetarium Multimedia was delivered in a brightly colored box. This included the home planetarium, a stand, three AA batteries, two star disks, an AUX cable, and a user guide. One disc shows your starry sky, and the other shows a starry sky with star images.

So everything you need to use the room planetarium is included. In addition, several informative posters were enclosed. In addition to the scope of delivery you need a small screwdriver for cross screws to insert the batteries. 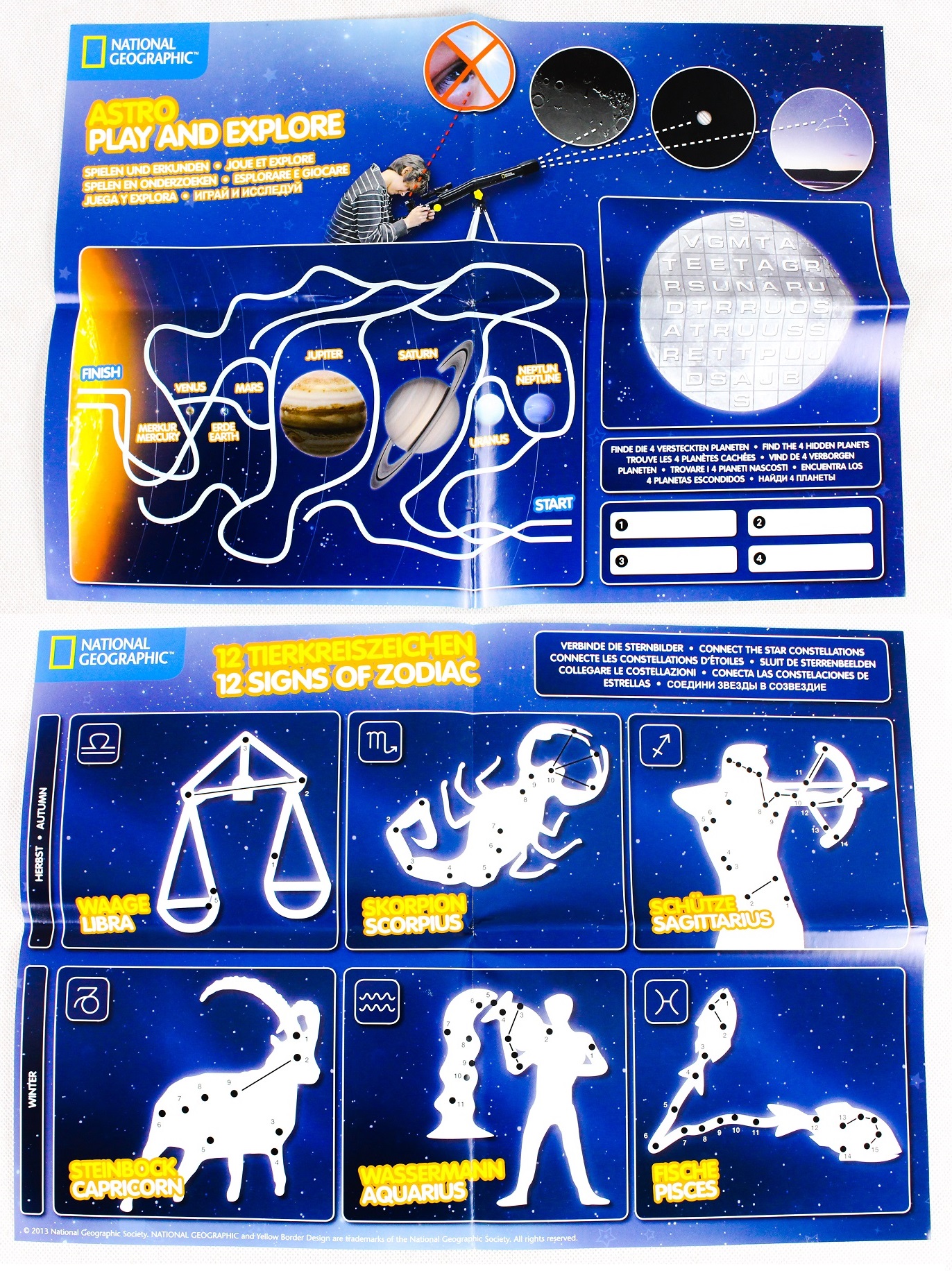 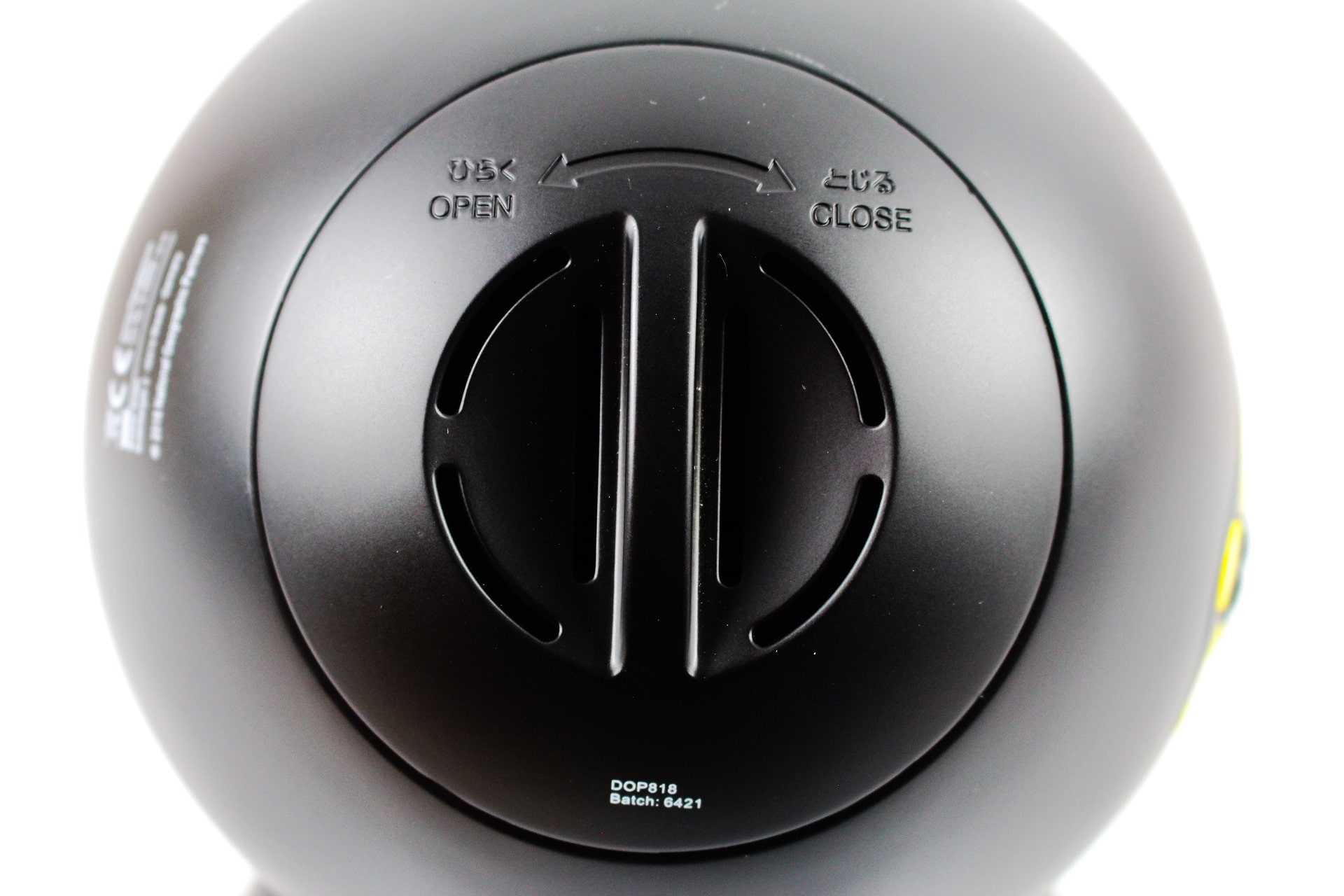 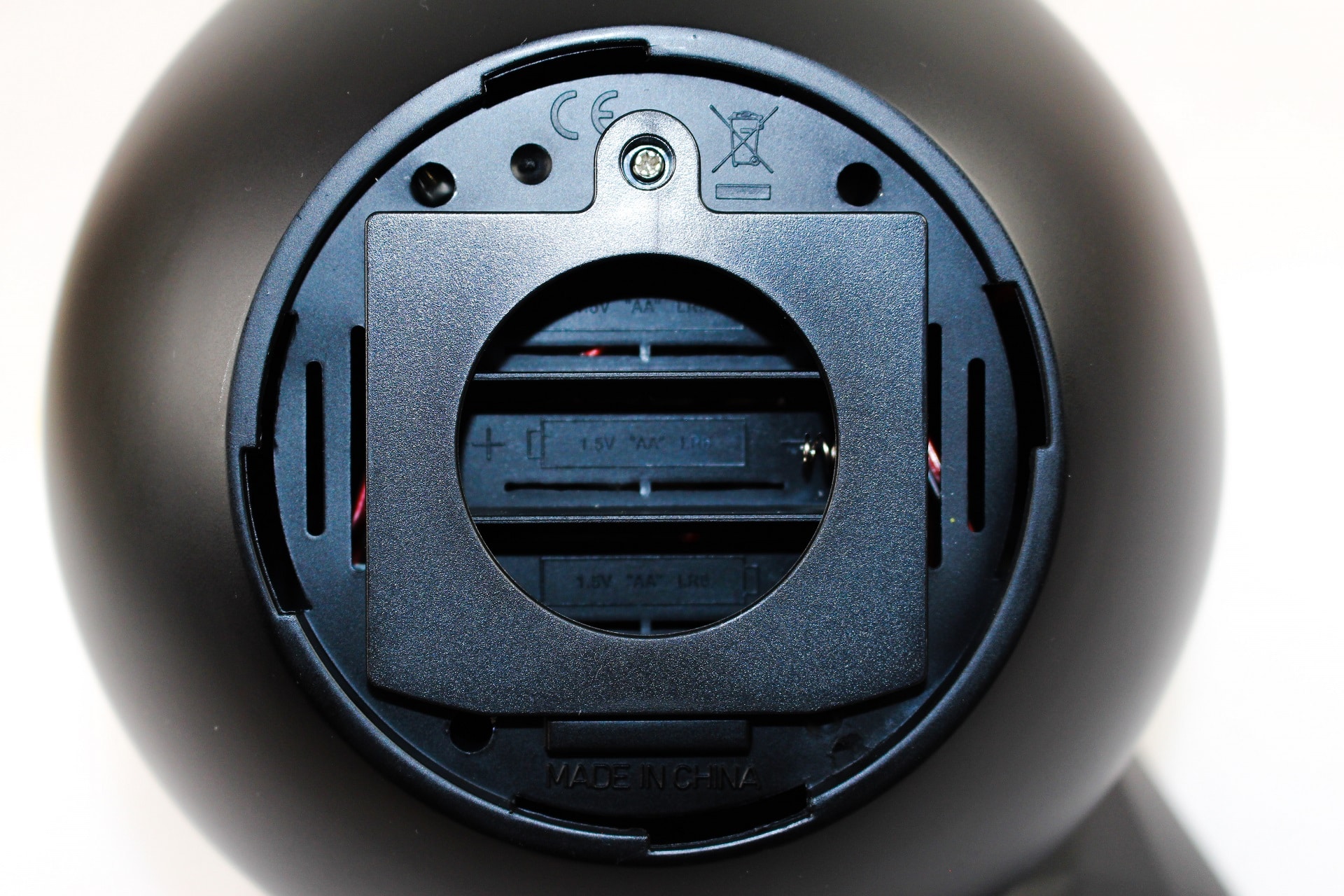 When I wanted to use the planetarium for the first time, I had to make it operational, that took only a few minutes.

First, you have to use three AA batteries, which supply the device with power. To do this, open a lid, remove the screwed cover underneath and place the batteries in the compartment. Afterward, you have to close everything again and put the projector on the stand.

The largest button on the front opens the star disc inlet. One of the two discs must be inserted into it. To use the indoor planetarium, close the flap, press the “On-Button“, align the projection and focus on the lens.

The National Geographic Astro Planetarium Multimedia was able to score in the test with a multitude of functions. With the help of the two included discs, 8,000 stars each can be displayed – once with star images drawn in and once without. The star images have also been inscribed in Latin.

At a distance of two meters between the projector and the wall, the projection area is about 5.9 ft. x 7.2 ft. large. In my eyes, this is also the optimal distance. In my experience, the home planetarium should not be set up further than three meters away.

Focusing the projection is quite easy with the focusing wheel around the lens. Two wheels on the front of the device also allow the star image to be set to a specific day in the year and the time to the half-hour.

Below the wheels, there are six buttons. One of them can be used to switch the planetarium on and off. To switch off, you have to hold the button for several seconds. This prevents the device from being switched off accidentally.

The projection can be automatically rotated by 360° to the left or right via two additional buttons. The only disadvantage of this function is the quite loud noise of the rotation motors.

A shooting star function can be activated or deactivated with another switch. Every 40 seconds, it projects a shooting star at the same spot on the ceiling of the room.

With a timer, the room planetarium can be switched off automatically after 30 or 60 minutes. With this function, the device can also be used as a kind of night light.

The buttons light up blue when they are active. This makes the National Geographic Astro Planetarium Multimedia easy to use even in the dark. This is the way it should always be since such a planetarium is usually used in complete darkness to be able to perceive the stars optimally.

Also, the planetarium allows you to play an FM radio as well as music via mobile phone and AUX cable. For this purpose, a 2.0 loudspeaker system was installed. The corresponding controls can be found on the opposite side of the planetarium. I’m afraid the whole thing didn’t work out for me. However, I can imagine that only with my device was like this.

Besides, the volume is adjustable. So when you use the planetarium, you can listen to relaxing music or astronomy podcasts without it being too loud. 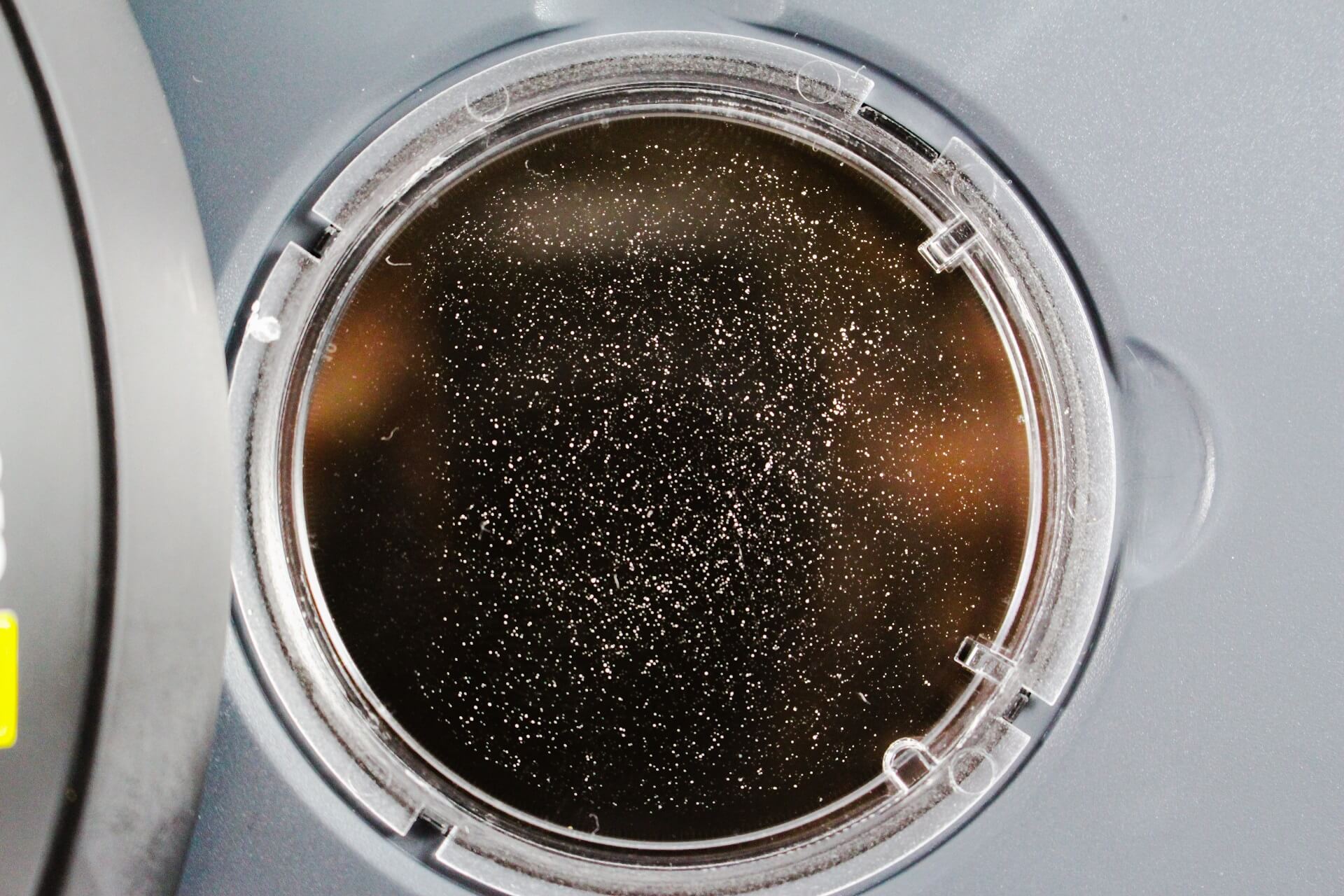 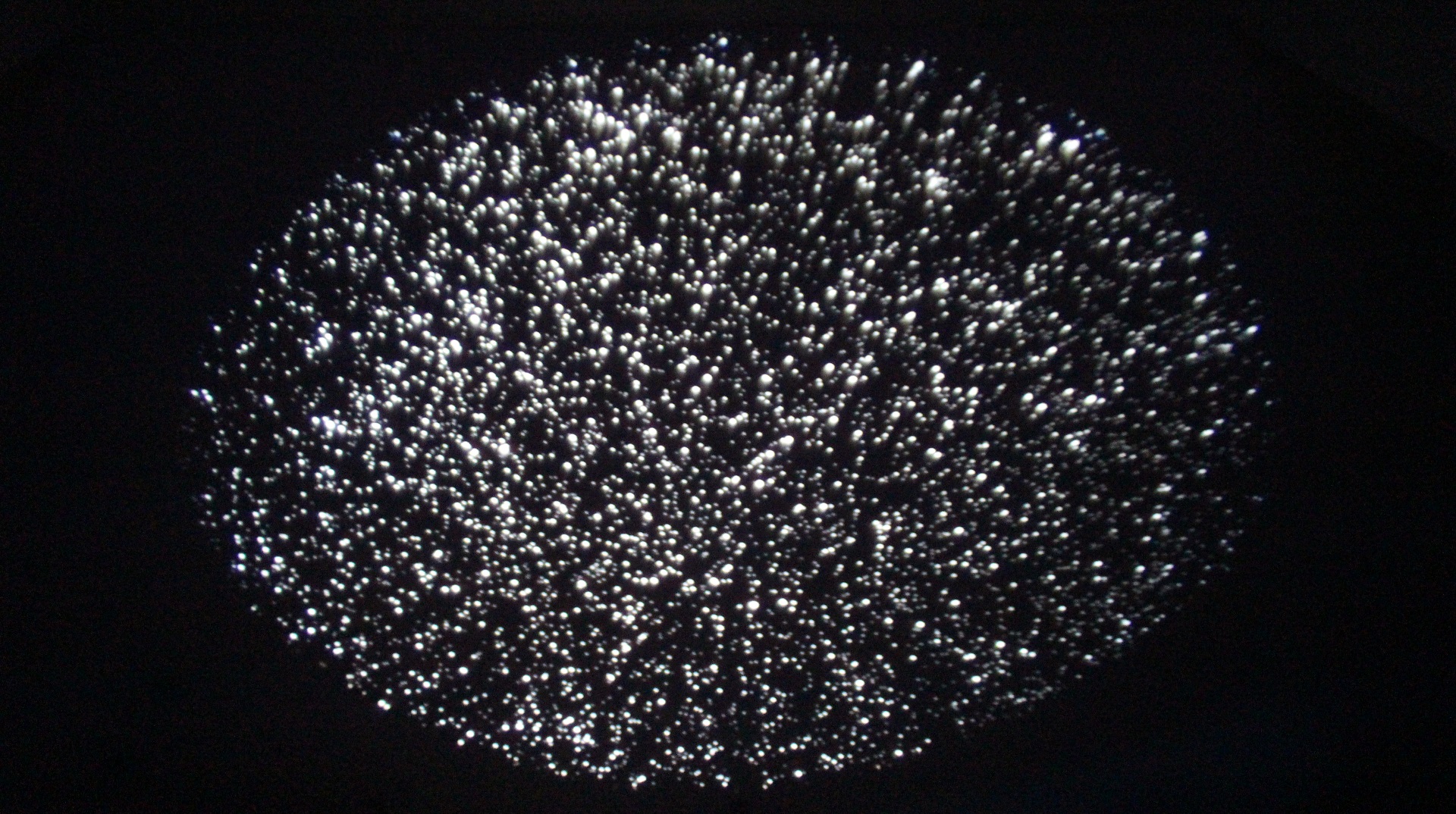 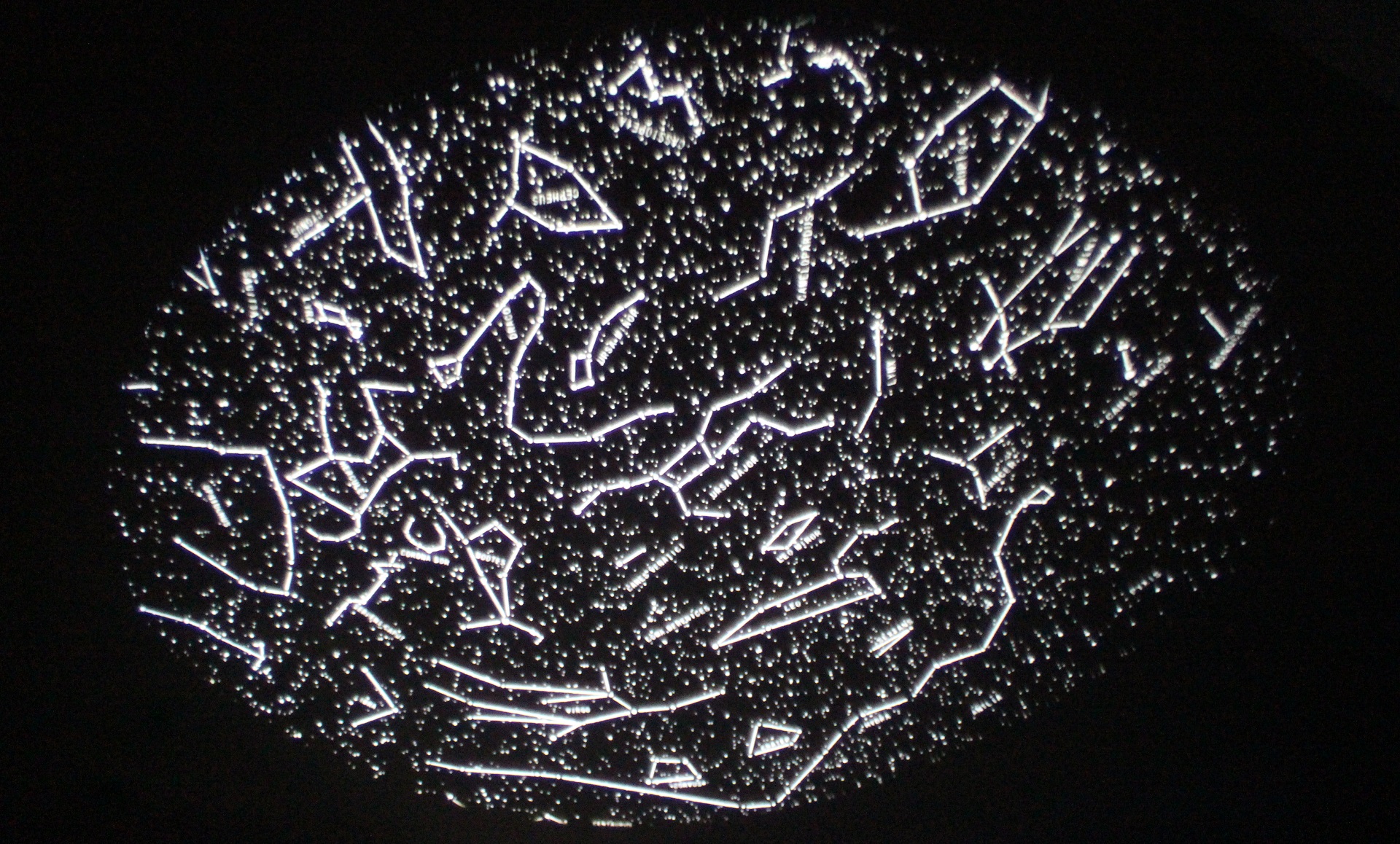 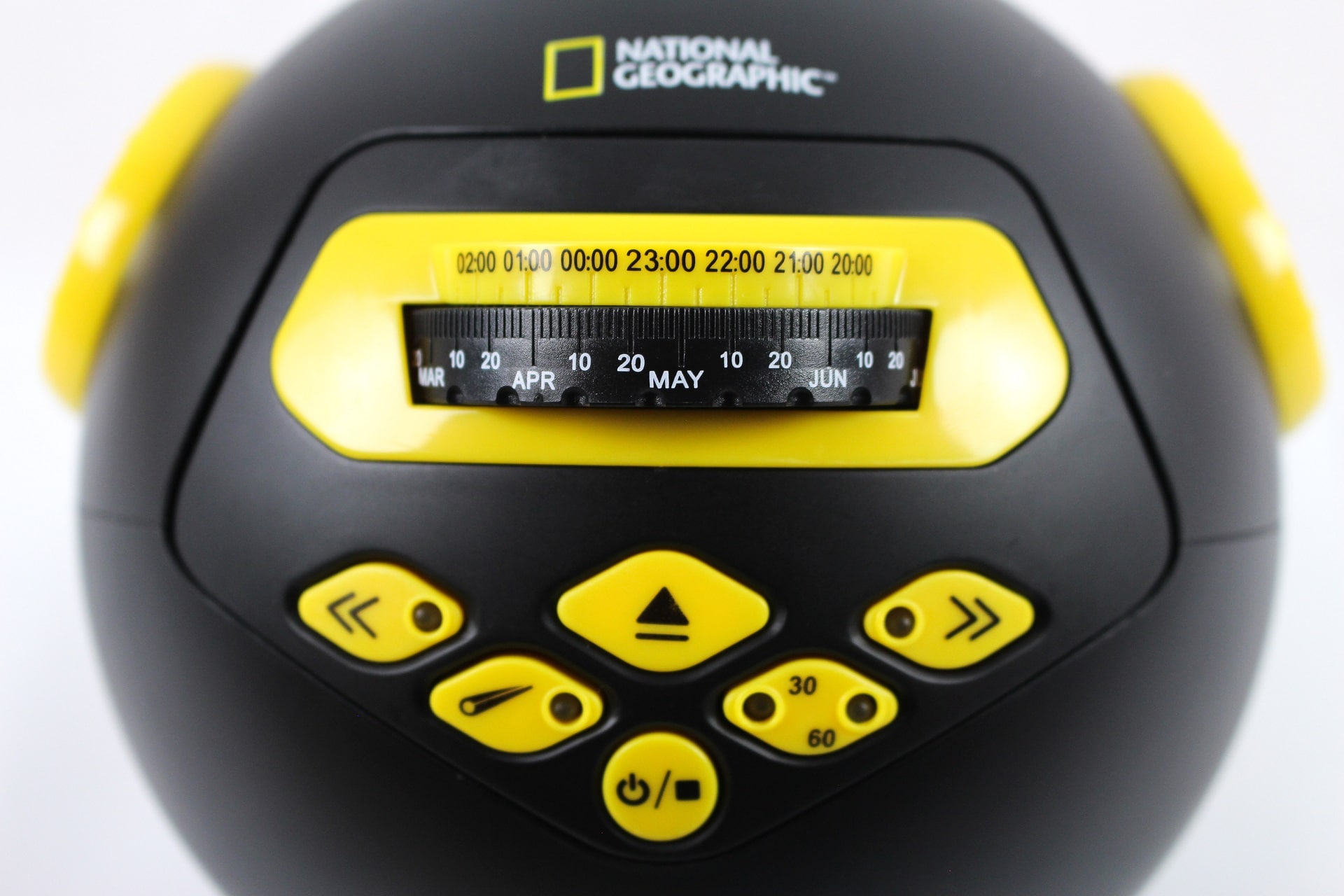 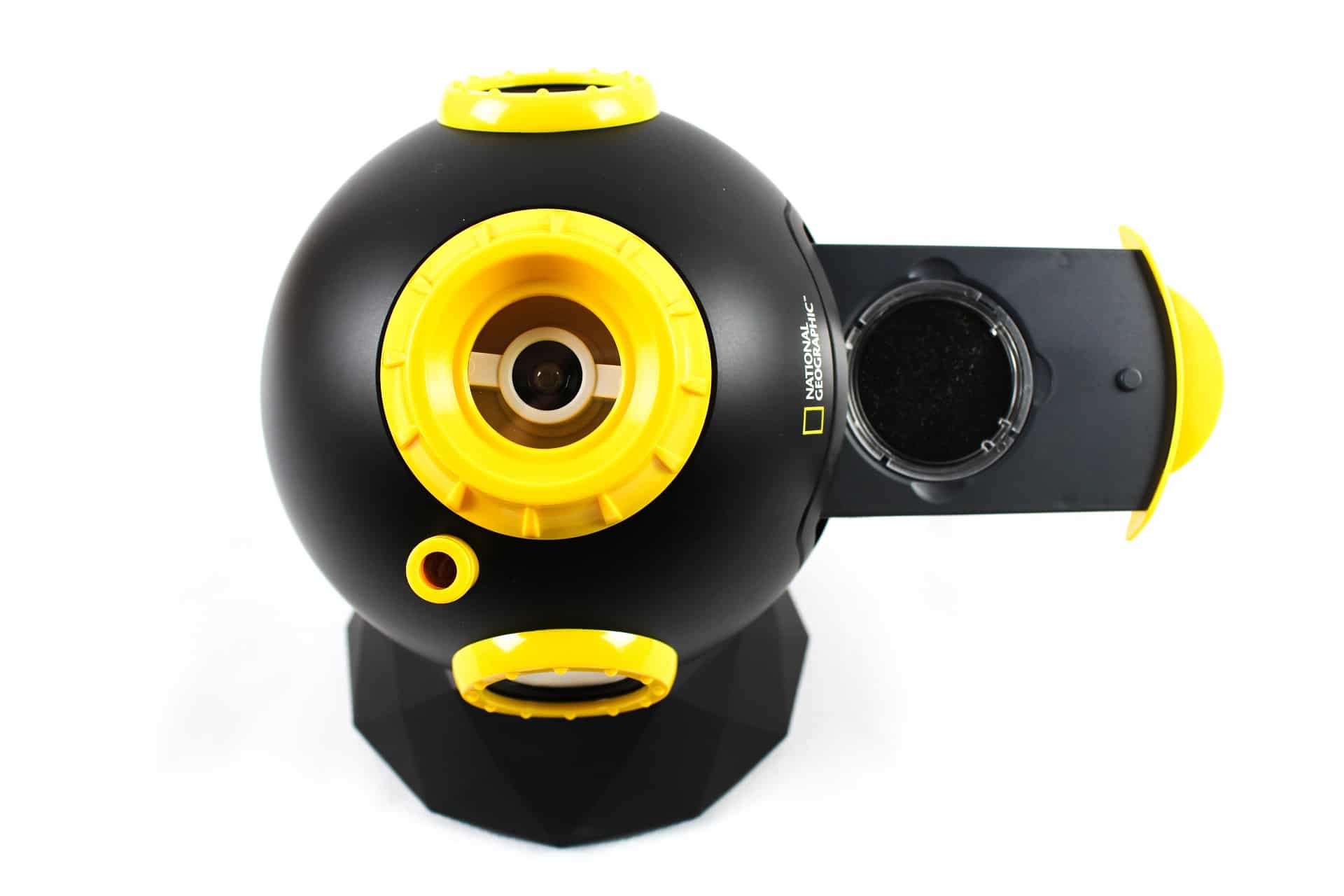 Concerning the quality of this device, I cannot personally criticize anything. The National Geographic Astro Planetarium Multimedia, although it consists of plastic, very stable, and of high quality, was working on me. Everything was processed cleanly so that I could not discover any sharp edges or the like.

The imprint on the planetarium has high quality and does not detach. Furthermore, there are three pads on the upper side of the stand for a secure hold of the round projector. Thus it did not happen that the planetarium shifted randomly during use.

A white, energy-saving LED is used as the current source. This ensures that the device does not heat up too much. Besides, the projection through the LED was very bright.

Bresser offers contact options via e-mail or telephone. Also, you can write the manufacturer on Facebook, for example. Unfortunately, I cannot say how quickly the questions will be answered and what the quality of the answers will be.

On the day of purchase begins a guarantee period of 2 years by the manufacturer. By registering the planetarium within 3 months on https://www.bresser.de/c/de/warranty/, you can even extend the runtime to 5 years. That’s very good.

Within the first 14 days, you can send the device back to the dealer as a private buyer anyway. This is ensured by the right of return.


The National Geographic Astro Planetarium Multimedia was able to convince me completely. It does not only occupy the 3rd place in my test but can be recommended without restriction due to the numerous functions, the good price, the great design, and the up to a 5-year warranty.

The Homestar Flux and the Homestar Original by Sega Toys are not as good as the Homestar Flux because the representation of the stars doesn’t seem as realistic as with the two competitors. Compared to the Bresser junior AstroPlanetarium deluxe, in principle, exactly is the same product. Here are just a few minor differences in price, appearance, and some features.