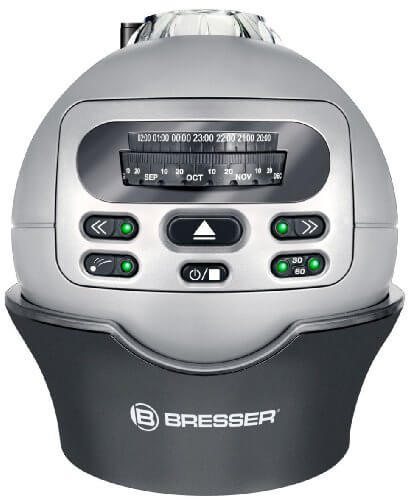 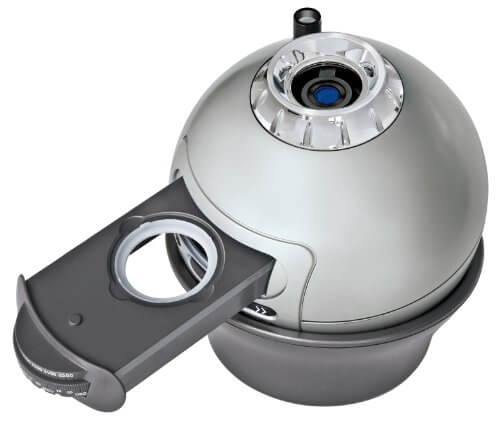 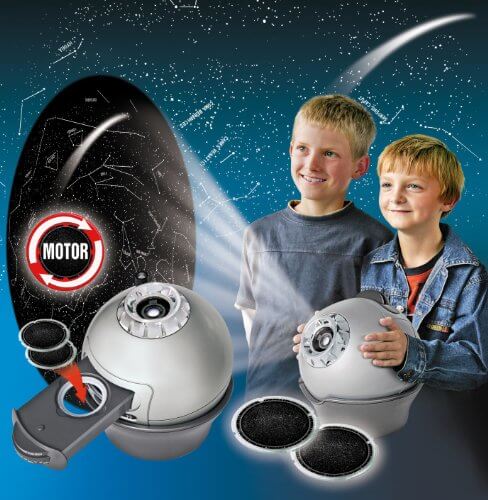 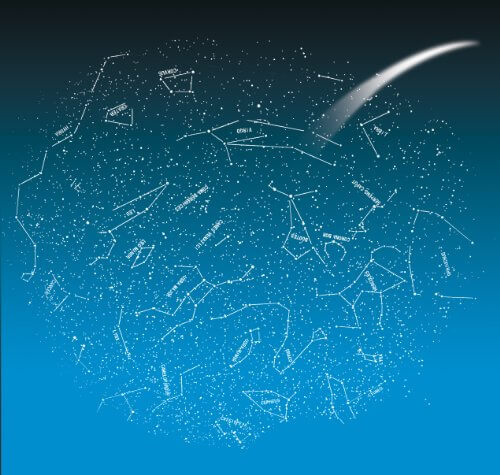 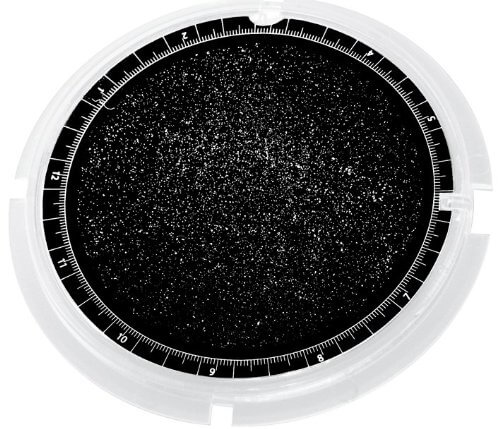 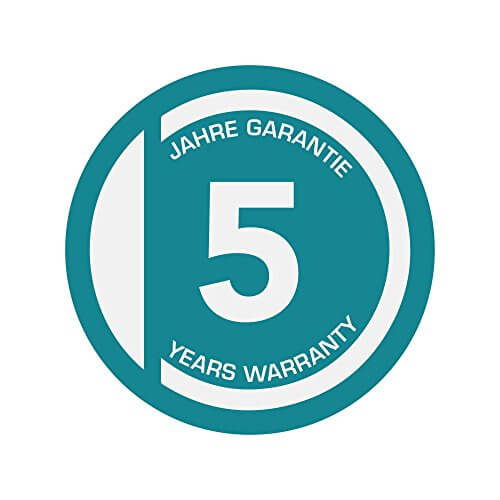 In this test report I would like to list not only the characteristics of the Home PlanetariumBresser junior AstroPlanetarium deluxe, but also my own experiences.

I will focus on functionality and say something about quality in relation to price-performance. I’ll also explain what’s included in the package, how to get the planetarium up and running, and what its advantages and disadvantages are. In addition, the test graphically supports the statements with its own images. 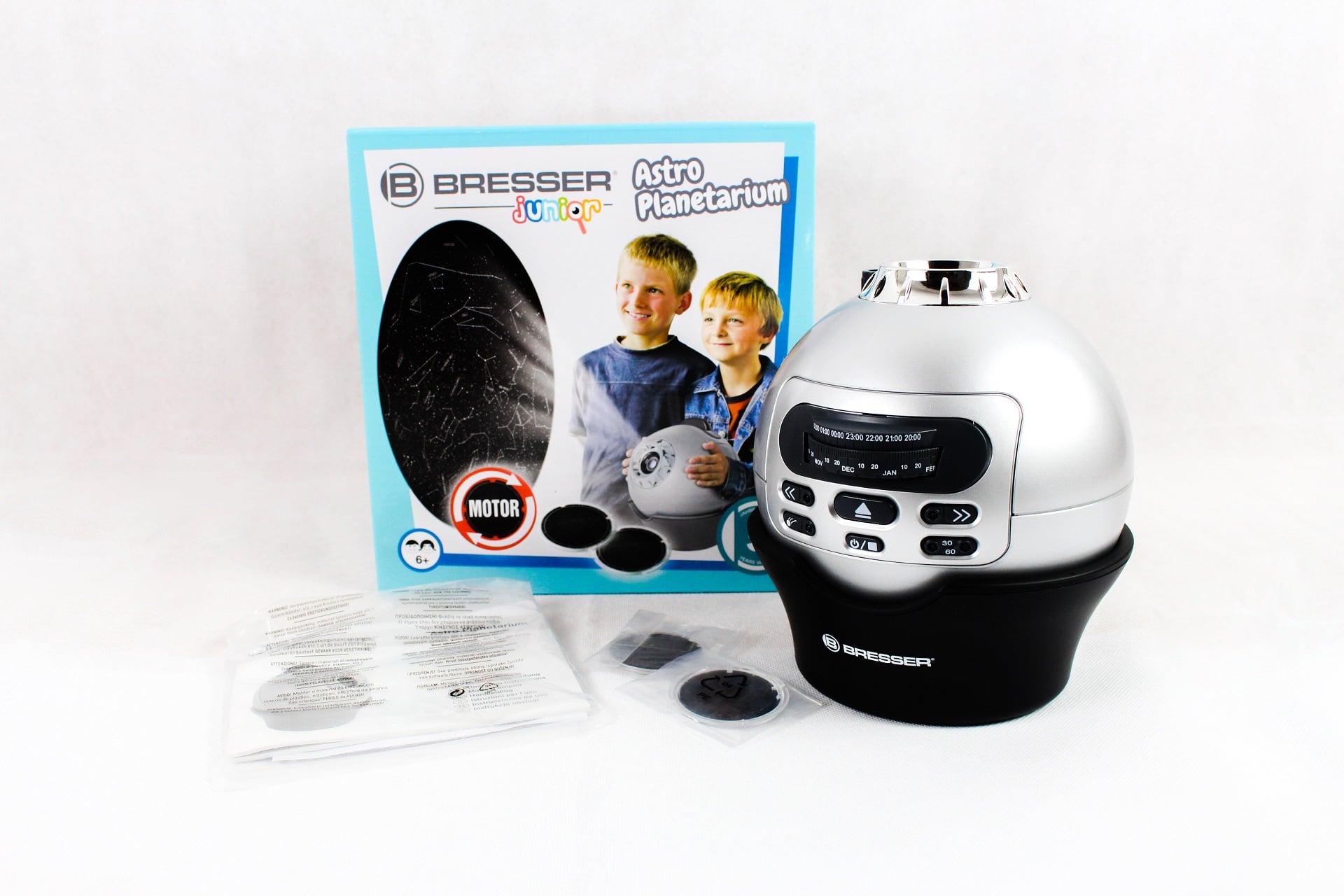 The Bresser junior Astroplanetarium deluxe is delivered in a quite large box. In addition to the projector, the following items are supplied with the projector: stand, instruction manual, interactive software for the PC, installation instructions for the software, and two star disks. One disc shows the starry sky and the other the starry sky with star images.

The device will operate with three AA batteries. These are unfortunately not included in the scope of delivery. If you want to use the home planetarium directly, you will have to buy the batteries separately. 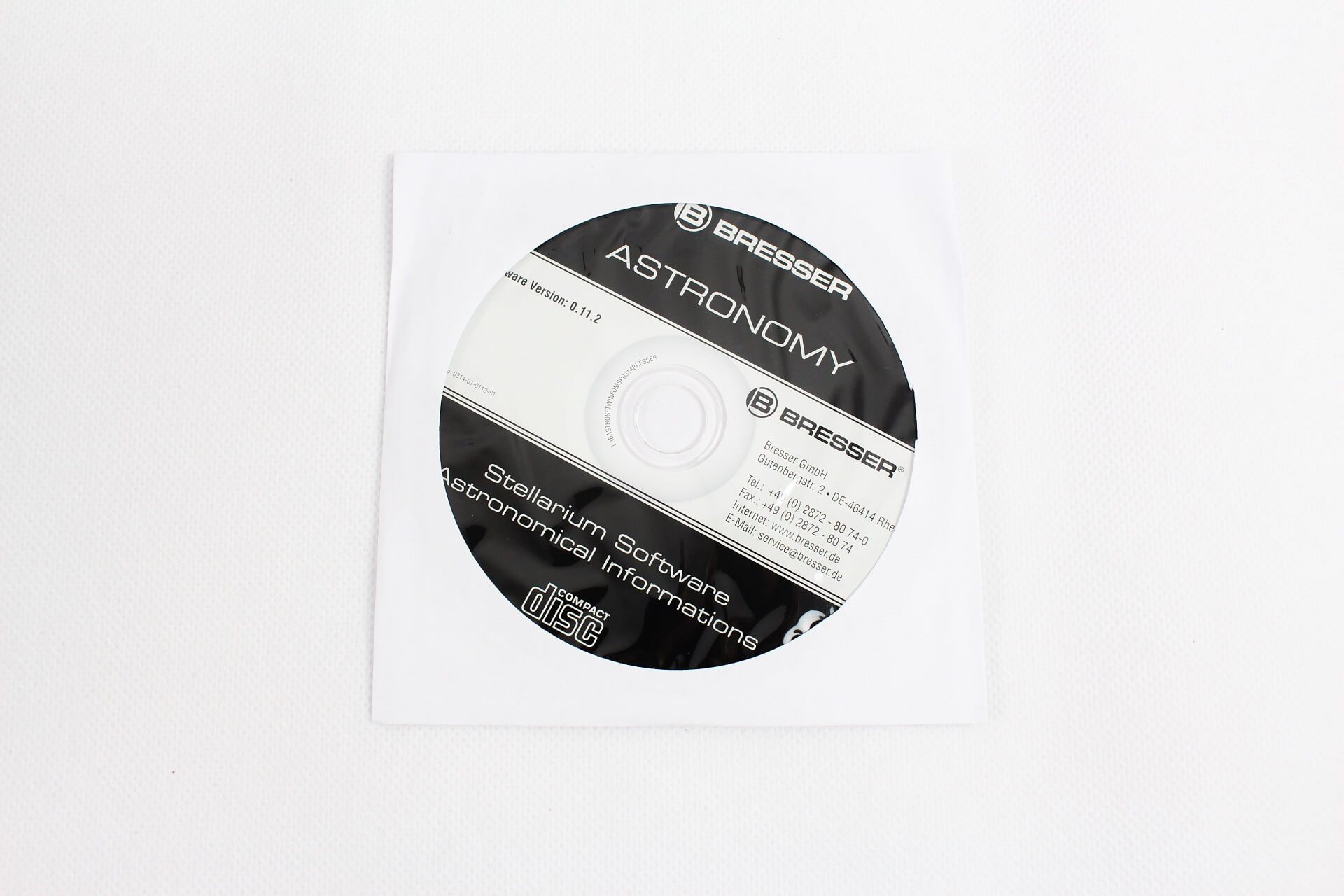 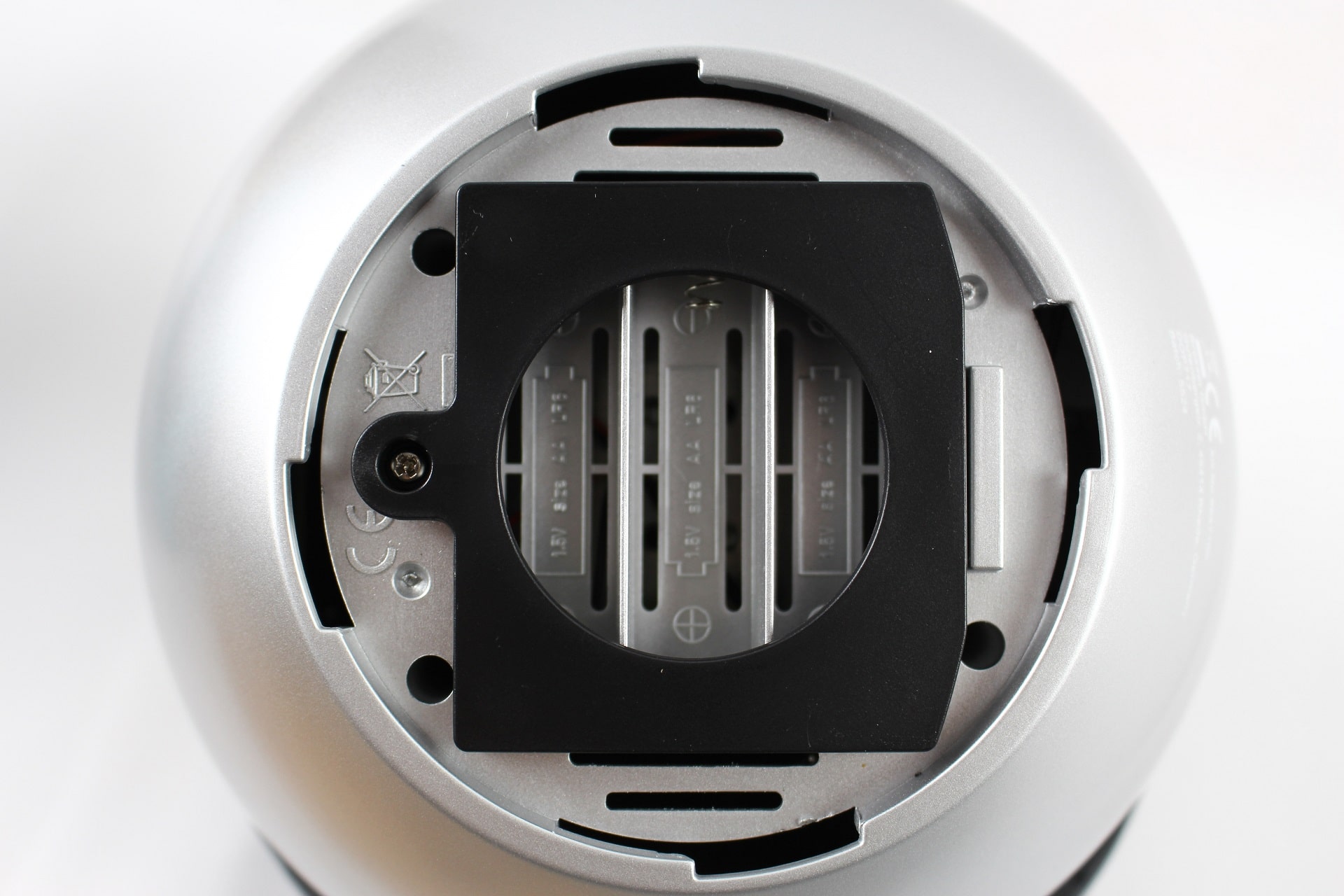 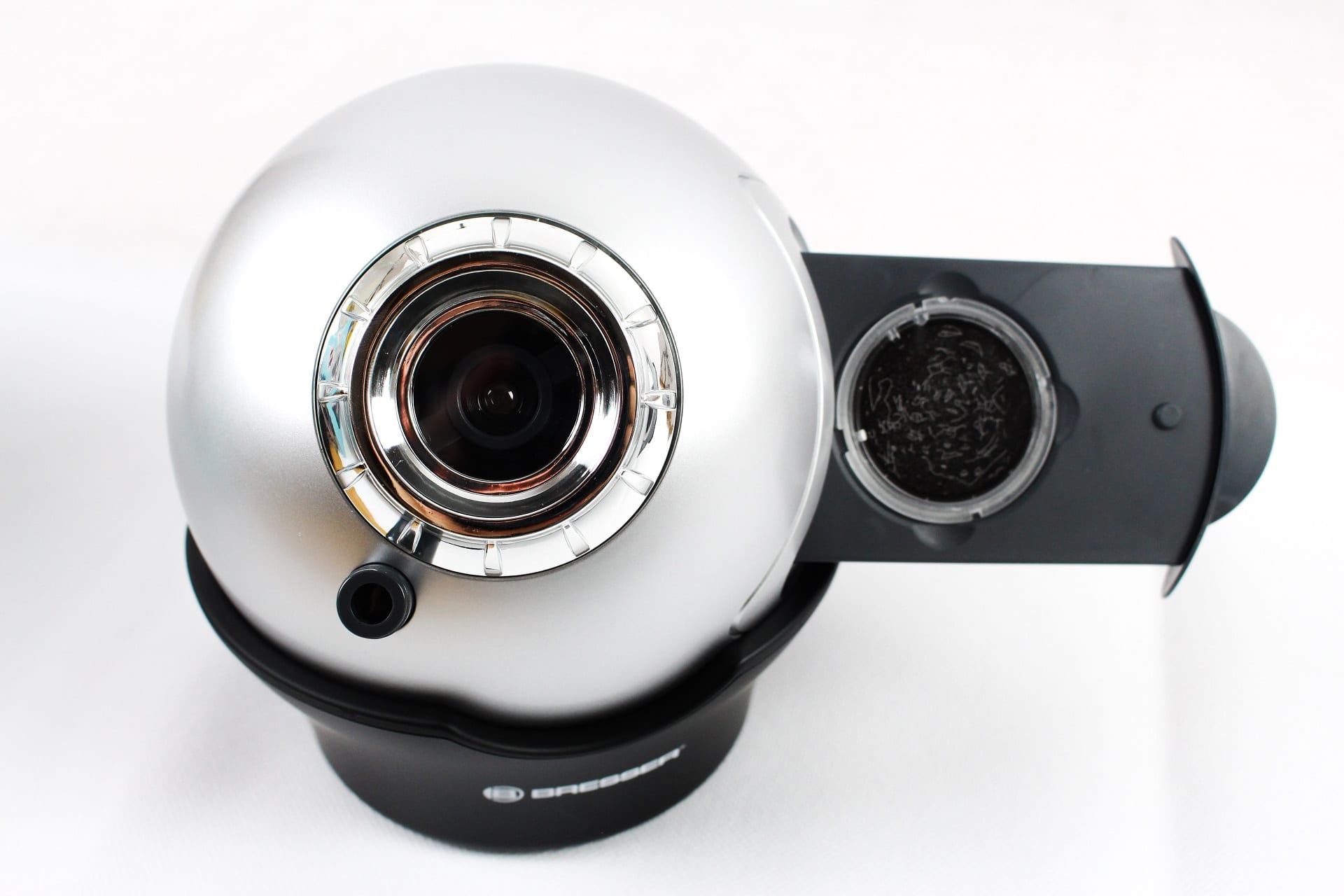 The first commissioning took me only a few minutes.

First you have to unscrew the cover on the underside of the planetarium. Underneath there is another cover, which can be removed by unscrewing the small screw. A cross-head screwdriver is required for this.

After inserting the batteries and closing the planetarium, place it in the stand. Next, one of the two star disks is inserted. The insertion hole is opened by pressing a button on the front . The discs can only be used in one position.

The flap with the disc is simply pushed back in by hand. In my case the device was a bit stuck, so I had to push it in with a lot of force to make it hold. To use the Bresser junior Astroplanetarium deluxe, all you have to do is place it, switch it on and adjust the sharpness on the lens.

The Bresser junior AstroPlanetarium deluxe can display 8,000 celestial bodies with each disk. This is the same as the National Geographic Astro Planetarium and much less than my test winner.

When the unit is placed two meters from the ceiling, the projection screen has a size of 5.25 foot x 6.89 foot according to the packaging. In my experience, you can achieve the best picture with such a distance. Often, however, the outermost edges of the projection are slightly blurred, which is unfortunately also the case with many other home planetariums.

The stars are clearly recognizable and are projected in different sizes, which I really like. However, the starry sky in my eyes doesn’t necessarily look realistic.

Therefore the star images on the star image disc are well recognizable. The names on it were written in Latin and are clearly legible at close range if you have perfectly adjusted the sharpness.

The focus can be easily adjusted. All you have to do is rotate the frame around the lens. The rest of the operation was also very easy for me.

Using two wheels on the front, you can set an exact date with time. This allows you to display the starry sky at a specific time.

For example, the shooting star function can be activated via the various buttons. This causes a shooting star to appear at the same position on the projection every 40 seconds.

In addition, the projection can be rotated either to the left or to the right using two motors. The only disadvantage of this function is that in my opinion the motors make quite loud noises.

There is also the possibility that the device switches off automatically after 30 or 60 minutes. Thanks to the automatic timer it can also be used as a sleeping aid.

The on and off works with the same button. In order not to switch off the room planetarium by mistake, you have to hold the button for a few seconds.

Since all buttons are illuminated with a green light , even in darkness it becomes clear which functions are active. If you know which button is in which position, you can operate the home planetarium in complete darkness. 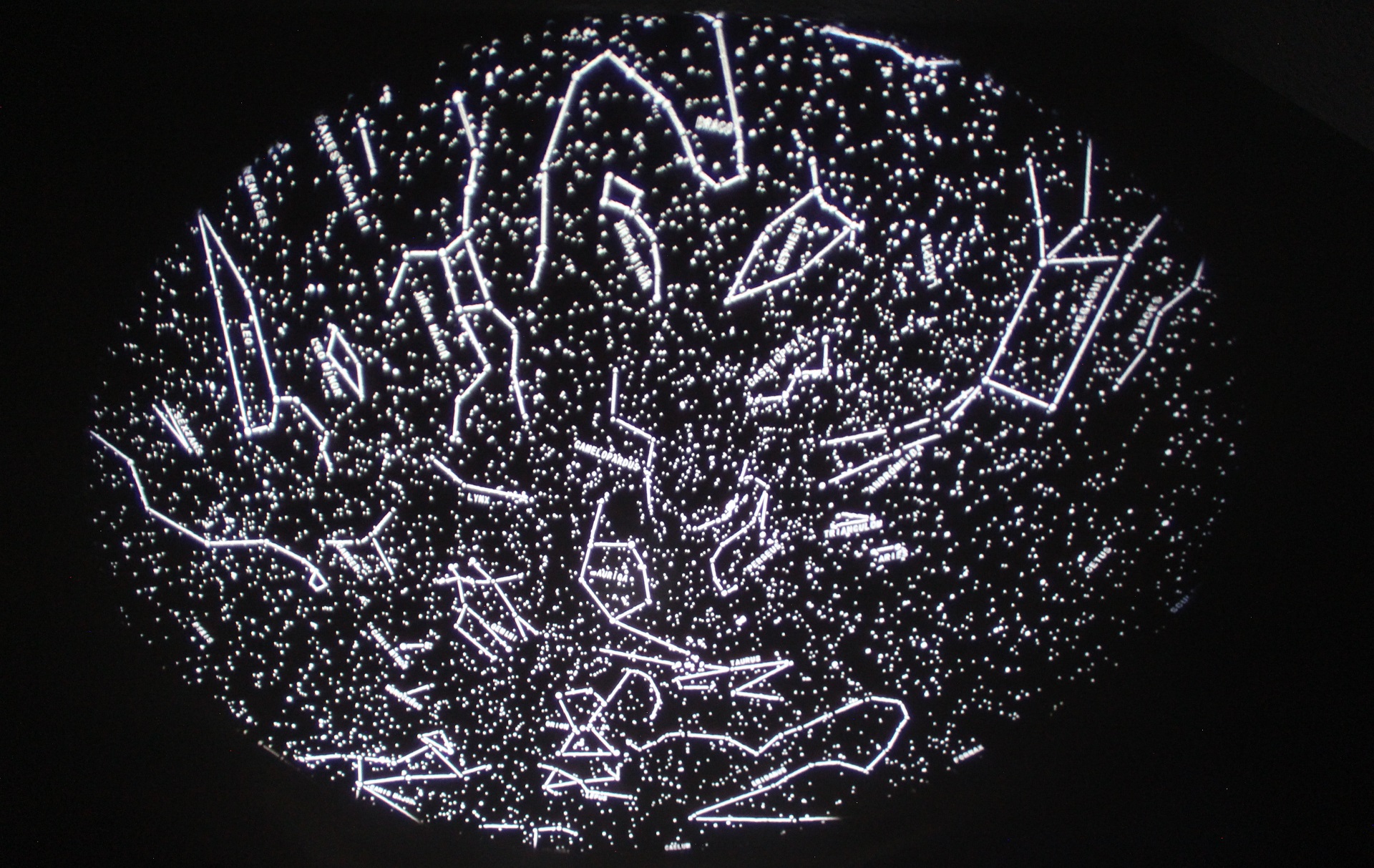 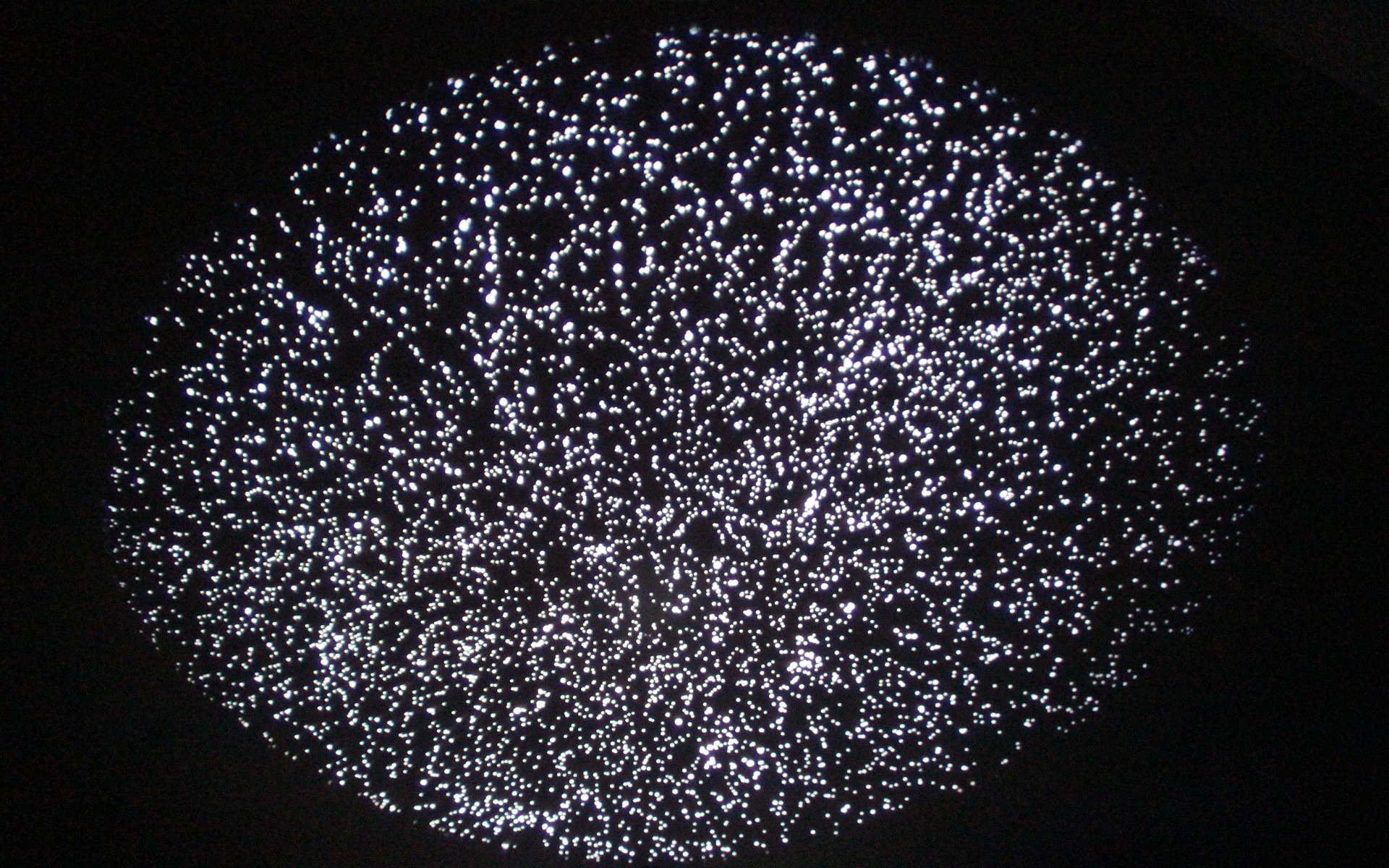 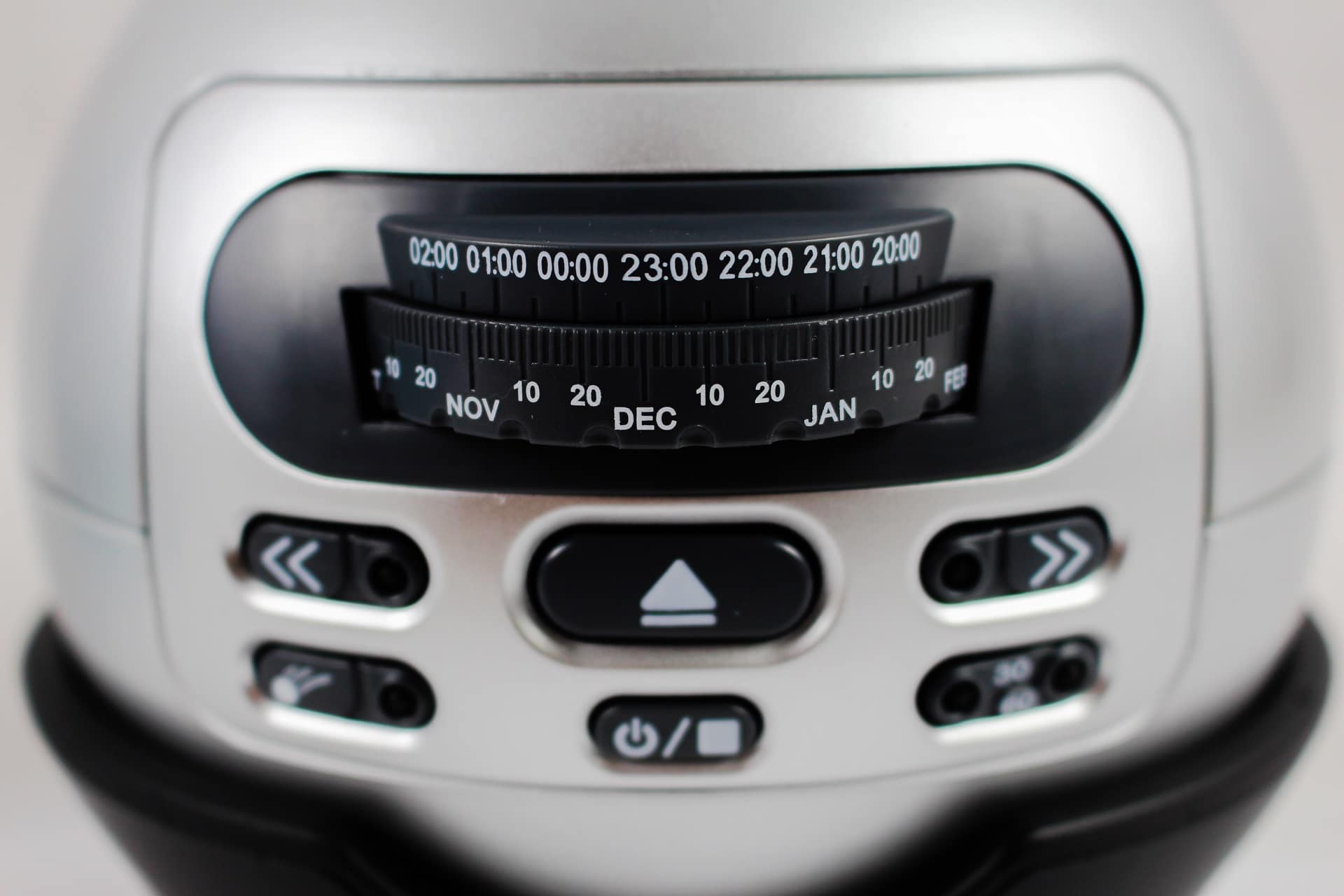 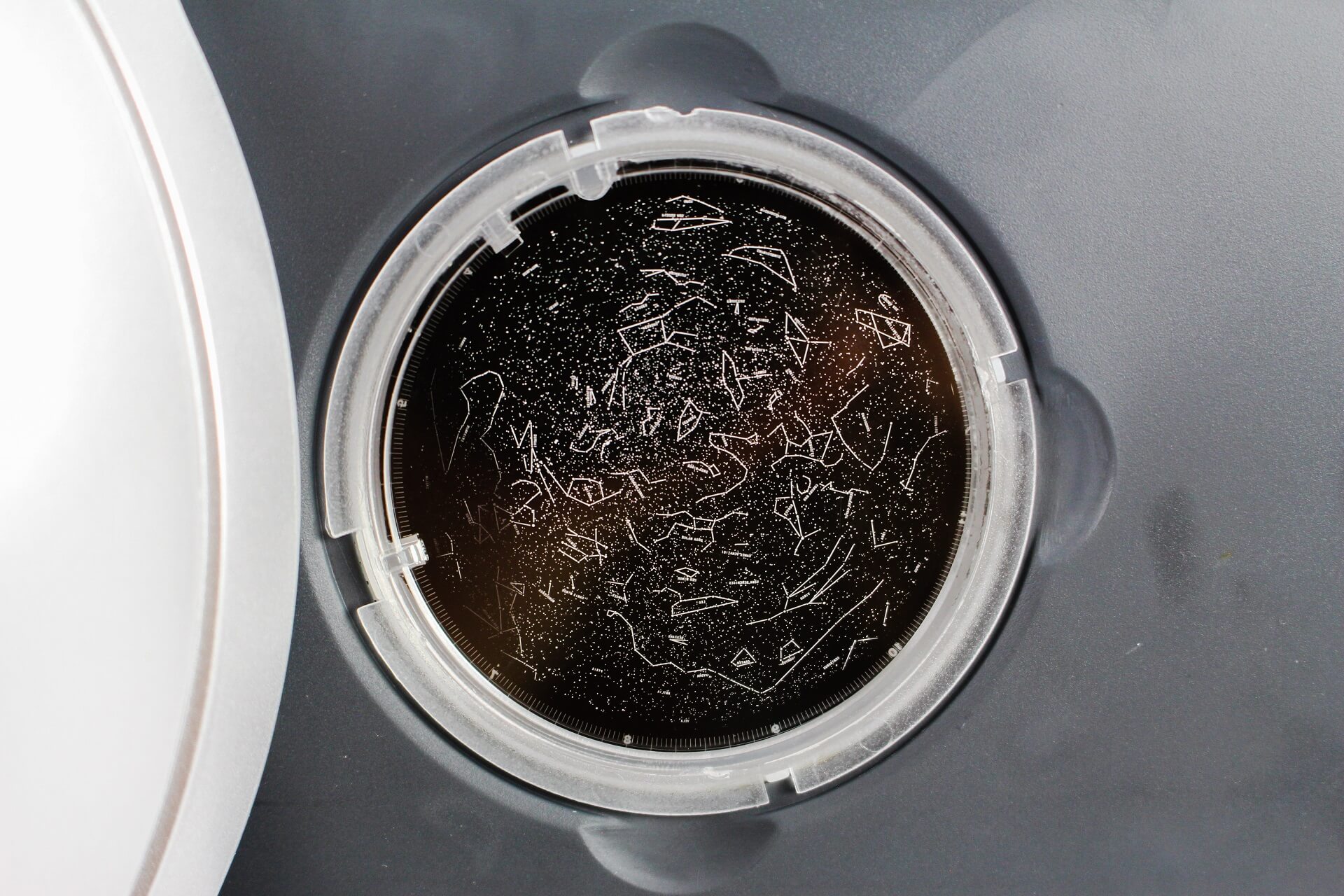 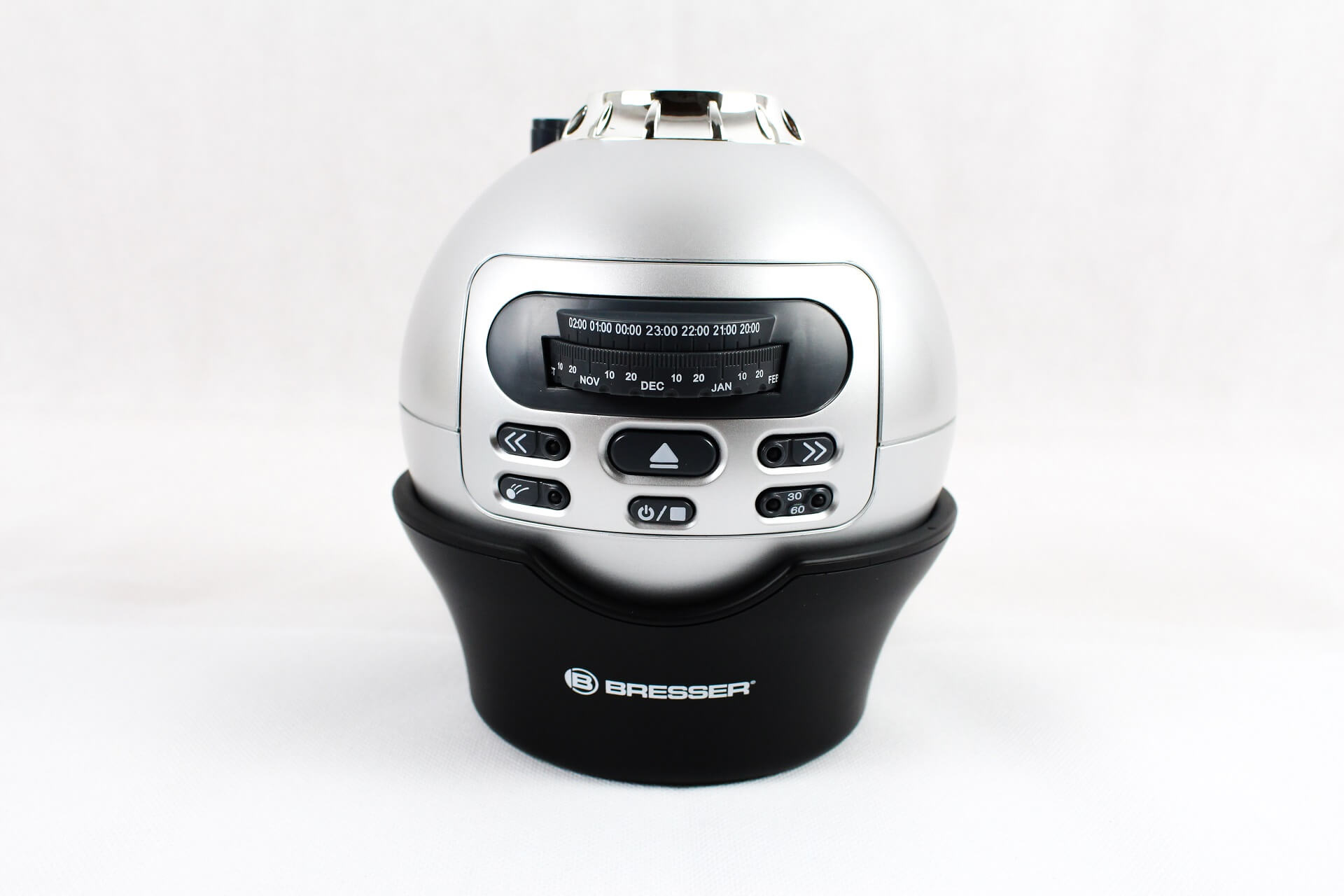 I would generally rate the quality as good. The Bresser junior AstroPlanetarium deluxe basically looks very stable and at first glance appears cleanly processed. A power-saving LED is also used. The projection appears accordingly bright and only a small heat development takes place.

However, at second glance I noticed that some small things are still worthy of improvement in terms of processing . This one looked a little unclean on some corners and edges of my device.

The home planetarium has a safe stand in its foot for this purpose. The upper side was equipped with a non-slip material so that the projector does not wobble back and forth.

The manufacturer can be contacted via a e-mail address, by telephone and in many social networks for questions. However, I have had no experience with the quality of the service itself. The manual also describes typical problems with the home planetarium and explains how to solve them.

If you buy the Bresser junior AstroPlanetarium deluxe online, you receive the legal 14-day right of return as a private buyer. In addition, Bresser offers a standard 2-year warranty on the device. This can be extended by online registration to 5 years, which is very good. However, I cannot say how the warranty processing will proceed.


Especially with its low price the Bresser junior AstroPlanetarium deluxe convinced me so much that it became the price-performance winner and landed in 4th place in my test.

It offers only 8,000 stars per disc and therefore not quite as many as the Homestar Original / Star Theatre by Sega or the Homestar Flux, nevertheless it convinced me above all by a multiplicity of functions, its simple operation as well as its low price.

So if you are looking for quality for little money, then you are well advised with this model and get a very clear purchase recommendation from me.

You can’t do anything wrong with a purchase in my eyes: If you’re unhappy, just send the planetarium back. If it breaks, you have 5 year warranty from Bresser if you register it online.

If you want a planetarium with music function, I would recommend the National Geographic Astro Planetarium. It is in principle the same device, which is probably because both are from Bresser. The only differences are in the design, the music function and the fact that it includes software for the PC.

Does the home planetarium have a guarantee?

By default you get two years warranty from the manufacturer. By registering the product online you can increase the warranty period to 5 years.

can the device be used in mains operation?

The Bresser junior AstroPlanetarium deluxe can only be operated with batteries. It is not possible to connect a power supply unit. 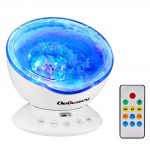 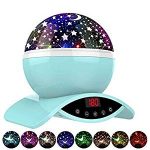 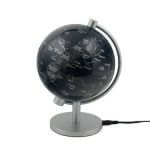 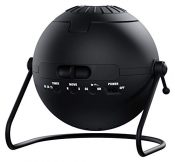